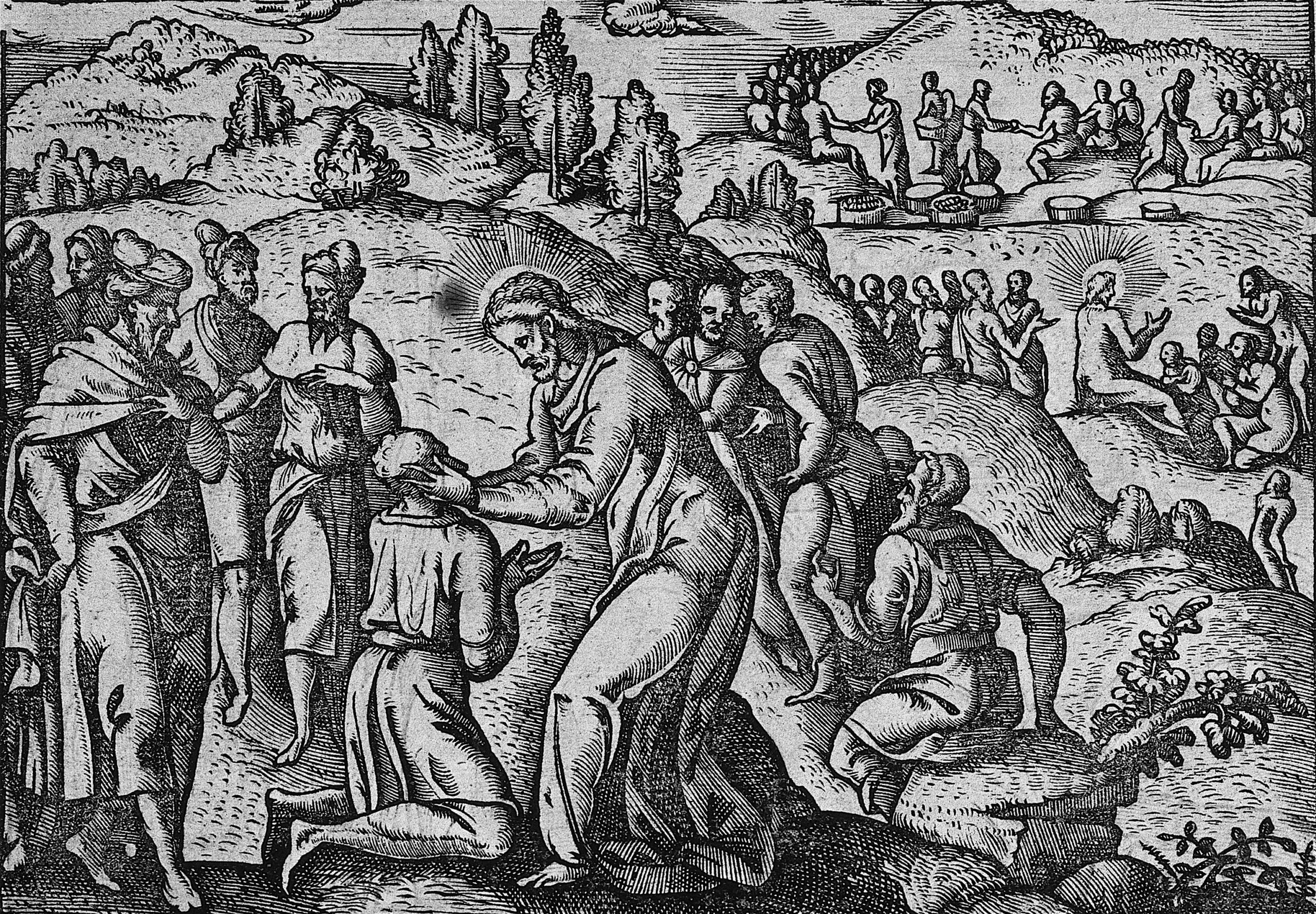 Such is the confidence that we have through Christ toward God. Not that we are sufficient in ourselves to claim anything as coming from us, but our sufficiency is from God… (2 Cor. 3:4-5).

In chapter 3 of St. Paul’s second letter to the church he founded in Corinth, the apostle is responding, as he so often does, to the counterfeit gospels which haunt us until our King returns. Corinth was an important city in the ancient world, and so it was inevitable that men would appear in the midst of the congregation and attack the newly planted gospel. Of course, the easiest target was the man who brought the good news of God’s love to them.  Apparently, these traveling heretics were impressive, well-spoken men who showed up with letters endorsing their claim to be bearers of a greater and more glorious truth than anything the beaten and broken St. Paul could provide.  These wolves pointed to the absent apostle and said, “Who could believe God would choose this little, pathetic man as His ambassador to the nations?  What proof does he have that he is the chosen one of God?”  The confused Corinthians, so used to judging men by their earthly greatness, obviously found this argument compelling.

Is this a fair way to judge the truth of the gospel?  Is it fair, or even logical, to judge the objective truth or falsehood of the death and resurrection of Jesus Christ by the impressiveness or even holiness of the men who deliver this message to us? In reality, no, it really isn’t. For example, if I knew a reporter was cheating on her husband, it would make it less likely that I would trust her word on whether an event happened or not, after all: liars lie.  But, even if I rightly trusted the adulterous reporter less because or her betrayal it would be impossible for me to say that an event couldn’t have happened just because a bad or weak or evil person told me it did.  The death and resurrection of Jesus Christ objectively happened or it didn’t—the morality of the witness doesn’t change this reality.

However, St. Paul does not argue this point today. He doesn’t argue that the Gospel is true no matter how weak he personally is; no, in other places, like 1st Corinthians 15, he does defend the objective truth of Jesus’ victory over death, but here, he argues that his evidence for the truth of the gospel and the fruit of his ministry can be found in the transformed hearts of the Corinthians themselves. He tells them he needs no letters of endorsement because the remade men and women of the Corinthian church are a letter from Christ to the world, not written on paper or engraved in stone, but burned into their new hearts of living flesh by the Holy Spirit Himself.  As we read in Ezekiel, “Then will I sprinkle clean water upon you, and ye shall be clean: from all your filthiness, and from all your idols, will I cleanse you. A new heart also will I give you, and a new spirit will I put within you: and I will take away the stony heart out of your flesh, and I will give you an heart of flesh”(Ezekiel 36:25-26).  St. Paul is telling the Corinthians that there is no visible, earthly thing that could be more impressive than this prophecy coming true through his and the other apostle’s God ordained ministry. Despite the difficulties in Corinth, St. Paul has no doubt that the Holy Spirit has moved through the congregation and established real human beings as living, breathing testaments of divine glory.

For this reason, the failure of Christians to live in light of the gospel is such a horrible tragedy.  Of course, a sinful Christian who falls on his knees before the “infinite goodness and mercy” of God will find forgiveness at “the throne of heavenly grace,” but we are talking about more than ourselves here; we are talking about what kind of witness, what kind of evidence our lives reveal about the Kingdom of God.  For example, it seems like every week we hear stories about churches or Christian organizations who have harbored or excused the evil predatory behavior of men posing as pastors, men, who if still alive, should be defrocked and prosecuted to the full extent of the law.  In the 4th century, St. Basil the Great recommend public flogging, hard labor, and lifetime confinement for clerics who committed such unspeakable acts, but our up-to-date civilized world would scoff at such treatment (much better for the abused to suffer for a lifetime than an abuser). What the world sees through the coverage of these horrors is the utter hypocrisy of a church and its minsters who wear the clothes of a Christian but whose hearts are dead inside; men who have feasted at the Lord’s Table only to mock Him in the whorehouses of evil.  These men have devastated their victims, and further, they have done their best to serve as witnesses for the Evil One in the court of public opinion.  An atheist might rightly ask, “Where was the gospel when children were being tortured by those they trusted?  What news could possibly be good in a world where children are devoured by monsters in the dark?”

Humbled by these questions, we can only turn to St. Paul’s words today, “Such is the confidence that we have through Christ toward God. Not that we are sufficient in ourselves to claim anything as coming from us, but our sufficiency is from God, who has made us sufficient to be ministers of a new covenant, not of the letter but of the Spirit. For the letter kills, but the Spirit gives life” (2 Cor. 3:4-6).  One of the most distressing things about watching one of these sexual scandals unfold—whether in churches or public schools or anywhere else— is that all the administrators suddenly decide that the best solution is a new set of rules and guidelines, as if more rules could corral the broken human souls who prey on the weak.  The massive proliferation of these cases should show us that rules do not save anyone; rules are as dead as the stone or paper on which they are written.  We may follow a rule because we fear being punished for breaking it, thus making us cowards rather than righteous, but the rule itself has no power in itself.  The only thing the “letter” of the law can do is point out our failure, our weakness, and our shame when we break its precepts (or dream of breaking them).  St. Paul is telling us that even the law of God has no power to save us, how much more impotent than are the temporary memoranda and guidelines of human resource personnel?

Blessedly, the fate of the world does not lie in the hands of paper pushers and bureaucrats or kings and congressmen for that matter.  St. Paul tells us that “our sufficiency is of God,” and we see just that in today’s Gospel reading, where Jesus Christ, God the Son and Lord of Creation, heals human infirmity with the same creative power that spread forth the firmament of heaven.  This public display is real power reshaping a world marred by our sinful rebellion. It wasn’t some law or rule which removed the silence imprisoning today’s deaf man; no, this fallen creature was healed by the recreative work of the God whose air we breathe, whose image we bear, and whose world He will not let us destroy.  Jesus Christ embodies this greatest of news when He joins His image bearers in our suffering through the death of the cross.  He shows His everlasting solidarity with all those mistreated by a fallen, evil world by fighting it with the weaponry of sacrificial love.  God the Son doesn’t say, “I feel your pain,” and move on to the next reward for the rich and powerful; no, He lived in our pain and sorrow until we killed Him, and then He rose from the grave to show us its utter weakness. He revealed a resurrected glory to live for rather than a condemnation to fear.  It is His sacrifice which today gives meaning and hope to all those suffering under the boot of evil; it is His sacrifice which will soon bring everlasting peace and justice to all who seem crushed and forsaken—justice and peace even to the fathers of Kandahar being executed in the streets, justice and peace for the mothers of Kabul throwing their children over razor wire to flee the monsters a generation of impotent leaders said only they could contain.

It is not any leader but our bloodied, suffering God who has earned our love and allegiance, and it is only through Him that we will ever rise above the evil which infects every institution of our fallen world.  As the last part of that Ezekiel prophecy tells us, “And I will put my Spirit within you, and cause you to walk in my statutes, and ye shall keep my judgments, and do them…Then the heathen that are left round about you shall know that I the Lord build the ruined places, and plant that which was desolate: I the Lord have spoken it, and I will do it” (Ezekiel 36:27,36).  God has planted His Word in the ruined places of our hearts, and from this most desolate ground will grow the new Garden of Eden.  In a land of stone hearts and desert minds, we must carry this spring of grace and life to every person dying of thirst.  We must open our hearts to their pain and connect them to the God who is building a new world from the wreckage of human failure.  Nothing less will heal them; nothing less will heal us.

So then, let us mourn for the victims of the world’s evil, but let us never forget that we are united to the solution, united to the victory, united to the end of evil, and He will always be enough because He is the source of our being and the fulfillment of our everlasting peace.