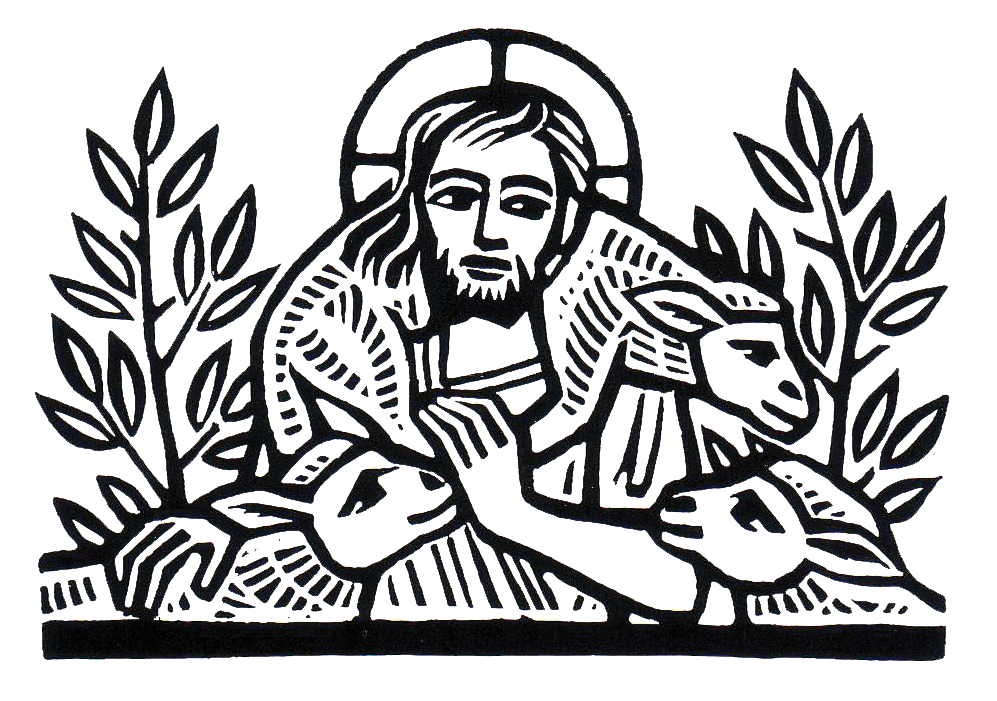 Humble yourselves therefore under the mighty hand of God, that he may exalt you in due time: Casting all your care upon him; for he careth for you (1 St. Peter 5:6-7).

Immediately before today’s reading, St. Peter instructs the priests of the church to “shepherd the flock of God” by being “examples” or living images of God’s love and protection and justice in this fallen world. This idea of being an “example” has at its root the concept of a skilled craftsman pressing his mark into a piece of leather or metal; from thenceforth, the created thing bears the symbol of the one who formed it and gave it purpose. In the original Greek, it’s the same word used for a scar. How very strange and foreign to modern sensibilities for St. Peter to direct God’s representatives on earth to be identified by their holy scars and deep marks of suffering, rather than the trappings of wealth or the perfect, makeup laden faces of the men and women who act as if they rule the world? The more one reads the pastoral epistles—these shepherding letters to the early church—the more it becomes clear that when the apostles hold up the cross shaped life of Jesus Christ as the path by which God’s people are to live, they fully expected humiliation and suffering to follow—not as an inconvenient drawback of Christian life but as the only way in which sinful human beings can be drawn into true life with the Living God.

But, how can we possibly live as a people open and ready for suffering? At the heart of St. Peter’s apostolic commandments to us and to our children is the recognition and maintenance of a community of people who lock arms in prayer and sacramental life precisely to make it through the vicious death gasps of the fallen world. St. Peter tells Christ’s priests to be living scars and for all church members to submit to their authority for the same reason he commands husbands to die daily for their wives and for those same wives to submit to their husbands—we are at war, our enemy is trying to kill us, and we must be unified and focused for the fight of our lives.  As long as we are Christians in a fallen world (strangers in a strange land), we will not know the true peace of a world set right: the “peace that passeth all understanding” will always be something which must be placed in our hearts and minds by the benevolent God who made us through the suffering of childbirth and has saved us through the suffering of the Cross. That God commands us to be an unbreakable community who serve one another in humility and love—a set apart people learning the cruciform life by unlearning the selfish viciousness of our smiling dystopia.  I don’t use that language lightly, our fallen world is a failed “heaven on earth project,” and the only options which rest before us are to try again and again to create our own utopia—to blindly trust that, despite all evidence, we can make a perfect world—or to disconnect ourselves from this nightmare and face the temporary suffering which inevitably follows.

And St. Peter tells us there will be suffering, but how else could it be for a religion which has “Christ” in its name—the holy title Jesus proved was His by suffering for the sins of the world.  The cross, of course, was the pinnacle moment of salvific suffering, but what about all the times God the Son was attacked and manhandled? Or, what about the times Jesus had to listen to one of His beloved creatures curse His name? Or, what about all the times the Savior of the world had to listen to someone’s problems, clean up someone’s mess, or go without so that someone else would have more? If we are to be Christ followers, we must know that it is in our moments of humble suffering when we are most closely allied to the Christ we say we want to follow; we must know that the pain or anger or loss we feel in sacrificing ourselves for the other members of the body is a taste of the very evil Christ came to destroy.  That knowledge won’t make our pain disappear, not in the short term, but it will reveal to us that our suffering for others is our divinely given mandate.  We have been called to be a community of mutual sacrifice and subordination, for our church is to be a sign before men and angels and demons of how God actually heals and orders the social and political lives of humans through the crucifixion and resurrection of Christ. This witness can only be revealed in concrete, cruciform service and patient, supernaturally gifted strength in the face of suffering.

But, maybe we don’t want to be that called out community of love and sacrifice. Maybe we think the world is pretty great or at least good enough, and even if it is bad, there’s nothing we can do about it anyway.  Who, though, do we think might be responsible for such a universal idea among men? St. Peter lets us know, “Be sober-minded; be watchful. Your adversary the devil prowls around like a roaring lion, seeking someone to devour” (1 St. Peter 5:8). St. Cyprian, writing in the early 200s wrote this regarding today’s passage, “[The Devil] goes around us individually, and like an enemy besieging those shut up, he examines the walls and explores whether there might be some part of our members less firm and less trustworthy…He offers to the eyes unlawful appearances and seductive pleasures, that he may destroy purity through sight; he tempts the ears by harmonious music, that he may get rid of and weaken Christian strength by the hearing of a pleasant sound; he arouses the tongue to reviling, he urges the hand to capricious murder when it is excited by injuries; he provides unjust gains, that he may make a cheat; he piles up dangerous profits, that he may ensnare the soul by money; he promises earthly honors, that he may take away heavenly ones; he manifests false visions that he may steal away the true. And when he is not able to deceive secretly, he threatens clearly and openly, bringing forward the fear of violent persecution in order to overcome the servants of God; always restless and always hostile; he is cunning in peace, violent in persecution.” Satan hates God, and so he hates those made in the image of God.  How much more must he despise Jesus, both God and Man, and how much must he desire to do whatever it takes to prevent us from being the living examples of Christ’s love and mercy in the world?  Satan hates Jesus, and so he wants us to look nothing like Him.  It is interesting to consider that perhaps the Devil makes himself less openly known in our modern Western world because our culture is already so very good at looking nothing like Jesus.

Against such powerful enemies, against a world intoxicated by greed and lust and power, against a supernatural foe dedicated to our destruction, we begin to see why it’s just so much easier to go along with the flow and fit in while our precious time on earth passes us by. We must, however, see that this surrender is not a neutral action; it is simply to trust in some other god for our protection and salvation. St. James, in another pastoral epistle, tells us that “For as the body without the spirit is dead, so faith without works is dead also” (St. James 2:26). How true are these words, revealed every day by actions taken to appease the gods of our neighbors rather than to live in thanksgiving for the God who gives us life. And let us all be frank, we worship the gods of our neighbors because those gods seem to “work”—as long as we define “work” as making us more comfortable or temporarily entertained or momentarily shielded from suffering. But, what do we then when St. Peter tells us, “Beloved, do not be surprised at the fiery trial when it comes upon you to test you, as though something strange were happening to you. But rejoice insofar as you share Christ’s sufferings, that you may also rejoice and be glad when his glory is revealed” (1 St. Peter 4:12-13).  If we are Christians, we are being tested like Navy seals and NASA astronauts because we have desperately important work to do and a glorious future that demands a purified heart. The fire is necessary for glory.

Again and again, St. Peter tells us us that God’s restoration and the elevation of our human nature from worm food to a place at the table in God’s everlasting kingdom comes through suffering, not by avoiding it. Again and again, we see that it is our privilege to bravely deny the world and live for Christ.  As St. John says in his first pastoral epistle, “Do not love the world or the things in the world. If anyone loves the world, the love of the Father is not in him. For all that is in the world—the desires of the flesh and the desires of the eyes and pride of life—is not from the Father but is from the world. And the world is passing away along with its desires, but whoever does the will of God abides forever” (1 St. John 2:15-17). For the 21st century American Christian, the hardest part of dutifully submitting to these apostolic commands is separating out the will of God from the will of the world.  So much confusion and muddled information and corrupted reasoning has gone into making Christians tragically indistinct from those who serve the idols of now. For the sake of our witness to God’s glory, for the sake our of stewardship of Christ’s truth, we must repent and do better. We must become the people who live with the risen and transfigured body of Christ before our eyes beckoning us to suffer well for the glory that lies ahead of us. Christ has shown us that we need not fear the empires of sin nor the Devil, for it is the Mighty Hand of God which strengthens us, establishes us, settles us, and makes us whole. And so we are blessed, today and every day, to say along with St. Peter, “To Him be glory and dominion for ever and ever. Amen.