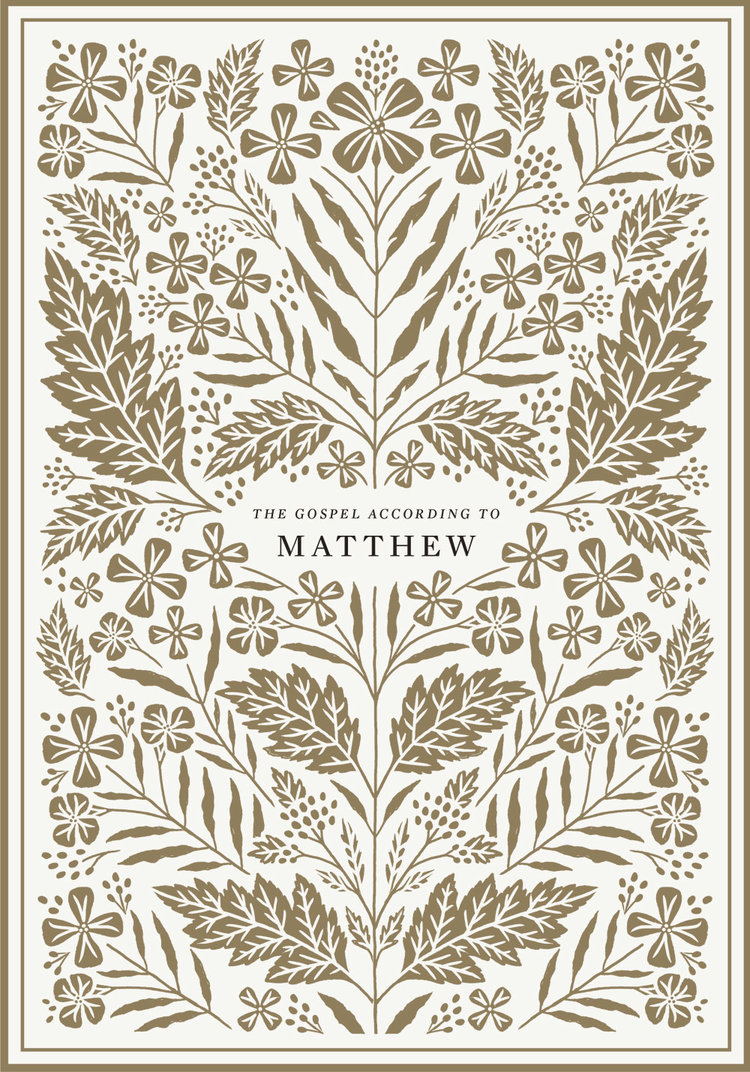 The Twentieth Sunday after Trinity 2022

‘So those servants went out into the highways, and gathered together all as many as they found, both bad and good: and the wedding was furnished with guests’ (Matthew 22:10).

The Gospel appointed for the morning of the twentieth Sunday after Trinity features the last in a series of parables aimed at the chief priests and elders who challenged Jesus’ authority to teach within the temple. Before we move on, it is worth noting that here we have another example of Christ’s fidelity to the law and participation in the worship of the temple. A combination of the failure and disorder of many historical Christian bodies and the common human desire for a more relatable savior has led some to embrace an image of a political revolutionary Jesus: somewhere on a spectrum between Che Guevara and Barak Obama. As I speak, over one hundred million dollars is being spent to promulgate this ‘community organizer’ Jesus through the ‘He gets us’ TV and internet campaign. However, this anachronistic and false imagining of our Lord fails to honor the radically different position Jesus is claiming for Himself. Jesus is not a revolutionary; He is God. He is the authority from which all other authorities derive, and it is a testimony to the fallenness of the world that all authorities and their subjects do not recognize the fountainhead of human power and might. Any attempt to mentally strip Jesus of his divinity, and that is always the danger when fashioning a disempowered, revolutionary Jesus, leads to confusion and the dishonoring of our King. The King of Kings does not rebel; He reveals the rebellion within us.

The chief priests and elders, who were in an active state of rebellion against the very God whose authority they claimed, maintained their prominence within occupied Jerusalem by staying on good terms with the martial authority wielded by the Roman Empire. Jesus had just triumphantly entered Jerusalem, and these leaders rightly feared that a bloody rebellion would not go well for them and their puppet regime. The crowd hadn’t turned against Jesus yet, this tragedy only occurs once they realize Jesus isn’t the temporal king they had hoped for, and so Christ’s popular following limits the tactics by which the temple leaders can assault Him. They are left with trying to turn the crowd against Jesus or trick Him into saying something against the empire through dark, rabbinical argument, but Jesus again and again uses their malice and presumption to display both his Kingship and the redemption of man.

Jesus responds to these attacks by addressing the great crowds of friendly and hostile listeners through a series of parables. Why? Why not simply tell the multitude the plain facts of the matter? Many reasons have been put forward to explain our Lord’s use of this literary form. Some point to the memorable quality of these stories in an age in which written works were too expensive for mass distribution. Others point to the teaching function these seemingly puzzling narratives possess: picture men and women walking away from Jesus or the Apostles thinking about the parable over and over again; we still experience this phenomenon today. R.T. France, the Anglican New Testament Scholar, sees a double function within parables as they both reveal the truth and veil it: ‘A mine of information to those who are in earnest, but a judgement on the casual and careless.’

St. Matthew, earlier in his Gospel, gives us these words from Christ as he answers the very question we are pondering this morning, put to Him by the Apostles, Jesus said, ‘To you it has been given to know the secrets of the kingdom of heaven, but to them it has not been given. This is why I speak to them in parables, because seeing they do not see, and hearing they do not hear.’ (Matthew 13:11,13). The parables do function as an effective and practical means of spreading the proclamations of the returning, rightful King, but those proclamations are a joyful pronouncement only to those who welcome the return of the king. On the other hand, the rebels and the usurpers, those who profit from disorder and strife, will naturally be disinclined to listen, understand, and believe a story challenging their tenuous hold on whatever scraps of power fall off the table of that moment’s counterfeit god. Further, I have just described wolves, but the sheep who blindly follow their commands, motivated by fear or the lukewarm comfort of false-conformity also find no solace in Christ’s magisterial declarations. So, the parable informs and uplifts the people of God, the besieged but unconquerable citizens of the Heavenly Jerusalem, while simultaneously passing judgement, as only God can do, against those who feebly challenge His authority. Jesus continues, ‘But blessed are your eyes, for they see, and your ears, for they hear. For truly, I say to you, many prophets and righteous men longed to see what you see, and did not see it, and to hear what you hear, and did not hear it.’ The Apostles, and the church through their witness and the power of the Holy Ghost, are the privileged beneficiaries of Christ’s coming through which our eyes and ears and hearts are opened and blessed forever.

The parable of the Wedding Feast speaks to and should be thought of in context with the two preceding parables. The first describes two sons who are ordered to work in a vineyard: one says he will not go but changes his mind and does the work of his father, the second brother says he will do the work but fails to keep his word.  In this parable, the first son represents the tax collectors and prostitutes who believed Jesus’ word that the kingdom of God was imminently arriving, and the second son represents the corrupt religious leaders who are now lower in the kingdom of God than those most reviled in Jewish society. Jesus is not being subtle when he compares these religious usurpers with prostitutes and thieves, and we see that a truly repentant sinner, dependent upon the mercy of God, ranks far higher than those dependent upon corrupt self-righteousness and false authority.

The second parable tells of the wicked tenants who refuse to give the rightful landowner his share of the fruit. The master of the house twice sends his servants who are summarily stoned by the rebellious renters. Finally, the master sends his own son, but the tenants kill him hoping to steal his inheritance. Here, Jesus not only sketches the scriptural record of the unfaithfulness of Israel and the murder of His prophets, but our Lord is predicting the unfaithful response to His earthly ministry whereby the covenant people will murder the Son of God in a futile attempt to make themselves gods, to be the people who decide the conditions of the covenant. Jesus, speaking of himself, quotes Psalm 118:22: ‘The same stone which the builders refused is become the head-stone in the corner’ (Matthew 21:42).  Jesus is the head cornerstone, and the treason of the temporary custodians, which is what the religious leaders were, cannot defeat the divine purposes of God. In fact, God will use their evil for good in the redemption of mankind through the death, resurrection, and ascension of Jesus Christ.

Finally, the third parable, wherein the kingdom of heaven is compared to a king who gave a wedding feast for his son, continues the themes we have already discussed: the refusal to obey God, the murder of God’s servants, and the chosen people’s failure to recognize the old covenant’s fulfillment in the new covenant of Jesus, but we also have a new element, a glorious window into the expansion of the Kingdom of heaven to the Gentiles. The King tells his servants, ‘Go ye therefore into the highways, and as many as ye shall find, bid to the marriage. So those servants went out into the highways, and gathered together all as many as they found, both bad and good: and the wedding was furnished with guests’ (Matthew 22:9-10). God will not let his supper go to waste. Despite mankind’s well documented failings, the the kingdom of God is now open and all the world’s people are welcomed as personal guests of the King. That open invitation, however, does not represent a universal right to be at that table, the new guests are not more worthy than the original guests. No, these are the prostitutes and tax collectors, the idol worshippers and fornicators, but the truth of the Gospel and the power of the Holy Ghost has drawn them to the table to be the children of adoption by grace: heirs of God and fellow heirs with Christ. We see here an image of the church, the ecclesia, those called out from the world faithfully responding to the invitation of our King, and when the King gives us space at His table, our past sins and weaknesses and failures become nothing but evidence for the King’s might and majesty and glory.

The parable ends with the expulsion of the man who refused to wear the proper wedding garment, and it is important for us within the church to recognize that the table the feast is served upon does not belong to us nor is our seat a testament to how special or lucky or good we are. We are the recipients of a gift, and we are to live in eternal gratitude to God for his mercy. The Epistle from this morning and last week are part of a long discourse by St. Paul on just how we are to operate within the Body of Christ, putting on the ‘new man’ in light of the good news, sacrificing ourselves for the good of our brothers and sister in Christ, living according to the Word of God. The garment we wear must match the honor of our calling and be in honor of Him who called us. We are called to strive to that end and say at the conclusion of our labors: ‘We are unworthy servants; we have only done what was our duty’ (Luke 17:8). Let us do our duty, and honor our rightful King.