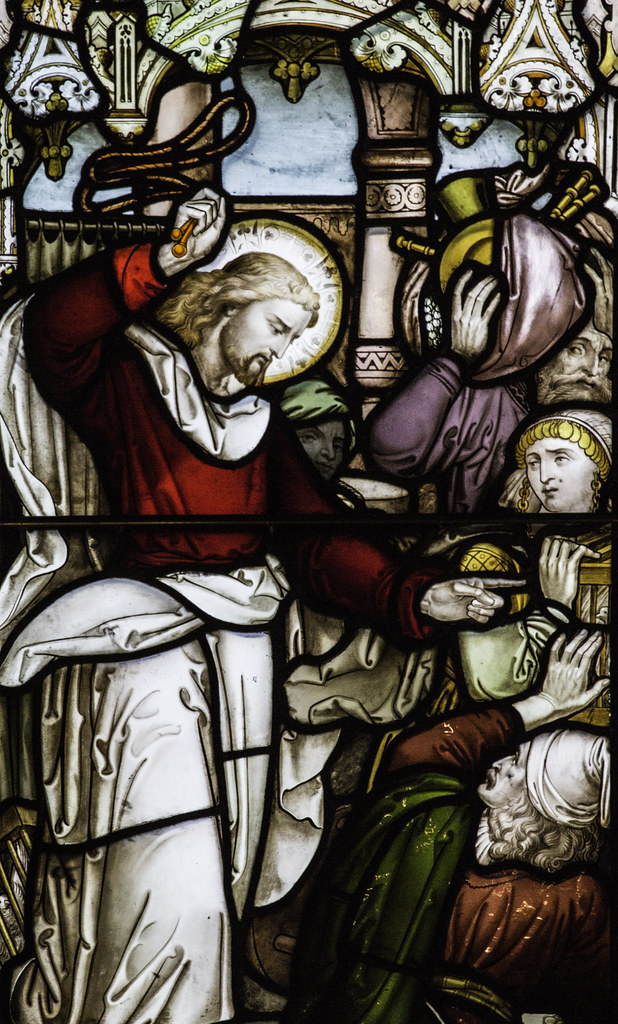 The Tenth Sunday after Trinity 2022

In ancient times, to be a priest was to be separated from the world as the gods were separated from the world. For example, the priests of Greek paganism wouldn’t attend funerals nor would the Israelite priest for that matter, ordered in Leviticus to never ‘make himself unclean for the dead among his people…’ (Leviticus 21:1). The disposal of dead bodies was the work of others not those set apart as representatives of the transcendent and other-worldly. The earthy realities of human death were too profane to mix with the mysterious rites and responsibilities of the priestly class. Even the physical appearance of priests was highly regulated against any sign of decay and death, excluding those men who had blemishes or hunchbacks or defects in sight, so the holiness of the daily sacrifices they offered could be symbolized by an outwardly perfect physical body—the sacrificed men of Israel needed to be the best the nation had to offer.

With this background in mind, how strange it must have been for the crowd celebrating the triumphal entry of their messiah—the anointed one the ancient prophecies told them would come to cleanse the land of evil—how strange it must have been to see Him riding a royal donkey through the suburbs of Jerusalem to crest the Mount of Olives and see the holy city stretched out before Him only to witness the promised warrior king cry out in agony and tears over the impending judgment facing the rebellious and the damned. What I find so striking about this passage is the real suffering and pain Our Lord endures as He sees the city He gave to the Israelites to be their capital, the city given to be the home-base for the restoration of creation where the holy God met holy priests in the holy of holies interceding for a holy people set apart from the world for the benefit of the world. Jerusalem was to be a city and a people offered as a witness to the dying Gentile nations that the order and design of the Living God was still alive despite the rebellion and sinfulness of men. The horrible penalty for failing in this mission, the penalty for joining the Gentiles in their violence and sin, is not God’s abandonment (that’s not how covenants work); no, the penalty for choosing death over life is judgment from the God who loves His creation too much to allow Evil to destroy it.

But, today’s prophetic judgment from Our Lord is not delivered in gloating self-righteousness or with evil laughter; no, it is delivered with tears. Jerusalem’s refusal to follow the Prince of Peace and the city’s suicidal armed rebellion against the Roman Empire will lead to a devastation so horrible even the imperial commanding general will wash his hands of it, and knowing this end, our Savior weeps at the thought of this destruction. We can’t even begin to imagine the weight which must have pushed down on our divine and human Lord in this journey—what it must have taken for Him to continue this ride to His death in a city destined for death. There are many reasons we call ourselves Christians, but one of them we surely can’t forget is the strength and courage and will of the greatest man to have ever lived. A man whose example just in this one grim ride should drive us to cast all our crowns at his feet.

These tears of Christ are real because His humanity is real. The incarnation of the Son of God is not play acting, but rather, the intense, selfless taking on of our humanity for the sacrificial death every step is driving Him towards. These tears are real just as the tears He cried in front of his friend Lazarus’ tomb were real, even though He knew He would bring his friend back from the dead. Perfectly knowing the weight of human sin and the terrible consequences it brings to this world must have been crushing to bear. It’s hard even for us to carry the knowledge of our own failings much less the failings of the whole world. Imagine knowing all the horrors human beings have done to one another, and will do to one another, and yet choosing to love God and love your neighbor, to love God and neighbor so much that you are willing to take the destruction your neighbors and enemies deserve upon yourself. We see even Jesus struggle with this voluntary act of perfect loving obedience to the Father when he weeps again in the Garden of Gethsemane, calling out, ‘Father, if thou be willing, remove this cup from me: nevertheless not my will, but thine, be done’ (St. Luke 22:42). To die for others is the hard business of what it takes to save the world from itself: the ultimate act of selfless giving against which Evil has no defense.

We must not forget this sacrifice to come when we hear Christ pronounce the terrible judgment of the last great prophet, and it is so very terrible. It should remind us of the curse the Hebrews made against the Babylonians as they were led off into exile, a curse we repeat every month in our Psalter: ‘O daughter of Babylon, wasted with misery: yea, happy shall he be that rewardeth thee as thou has served us. Blessed shall he be that taketh thy children, and throweth them against the stones’ (Psalm 137:8-9). The death of children, the death of the future is again and again the terrible price for madly declaring war against God: Pharaoh felt it when He refused to let the Israelites go until his firstborn heir lay lifeless in his arms; King David wept in agony when he heard his traitorous son Absalom had fallen on the battlefield of rebellion, but the great human rebellion against God and nature is at its most tragic when fathers and mothers themselves, infected by the madness of sin, sacrifice their children to the demon gods who endlessly thirst for innocent tears. From atop the Mt. of Olives, Jesus could see the Valley of Tophet, where the graves of Jerusalem’s sacrificed children, burned alive to appease the Canaanite’s gods, screamed out to Him for justice. Christ is that justice personified, and so He promises utter and complete destruction as only the man who will bring it can—the utter and complete justice against evil which will begin in Jerusalem and move to every nook and cranny of the world when He returns in glory. Does this kind of talk makes us uncomfortable? It should. For, it is a universal fact that the more of a problem we have with Christ coming with justice and fire to destroy this world’s evil, the more complicit and supportive of evil we are, particularly, the evils we like. It is not this way for those who cry out for vengeance from the God who promises to deliver it perfectly. Dead children want justice; bandits hiding in respectable society want to be left alone.

And, it is they whom Jesus finds lurking in the temple: bandits taking advantage of worshippers, many of the crooks wearing the soft raiment of the priests and scribes. Jesus tears through His Father’s house, driving out these men, not because He is repudiating His earlier teachings regarding violence against one’s personal enemies; rather, Christ is acting out what this world’s purification will look like: the temple will be destroyed, Jerusalem will be destroyed, this evil world will be destroyed, but upon the ashes of this destruction will be laid the New Jerusalem not made with hands as the final capital of a new creation—a new heaven and new earth where all dead children will run and play and never be afraid again. It is this saving mission which keeps Christ moving toward the Cross.

The Cross, it is there the Judge takes upon Himself the same punishment Jerusalem has so sadly earned. After all, no matter what, Justice is coming to Jerusalem, and it’s riding on the back of a donkey. So, with Justice riding into town, the only question is, will men be justified by the Just One who takes the punishment they deserve, or do they wait for Jerusalem to be ravaged by evil—torn down to the ground with its children dashed against the stones? We face a similar question. We must see that Jesus has stepped into Jerusalem to be the dead son Evil always desires, but of course, He is no ordinary son.  Jesus is the Son of God, and if the price for which Evil always asks is the death of innocents then He has descended from heaven to be that innocent child who forever breaks the gaping jaws of death. He has volunteered to be the child dashed against the stone. Our Lord was murdered for our transgressions so that you and I and our children might not just be spared from the just judgment to come, but rather, He died and rose so that you and I could be participants in the final battle against Evil our Lord’s inevitable return will signal. We are to be men and women who even now are preparing for the last battle by living lives of thanksgiving and praise, sacrifice and love, gathering the forces of good to stand against the evils of our world, marching together with our own crosses held high.  For if we bear Christ’s name in our hearts, if we carry His cross into battle every day, there is no enemy over whom we are not already victorious. And if we are victorious, we can follow the Great High Priest even into death singing hymns of praise, wiping away tears of joy.