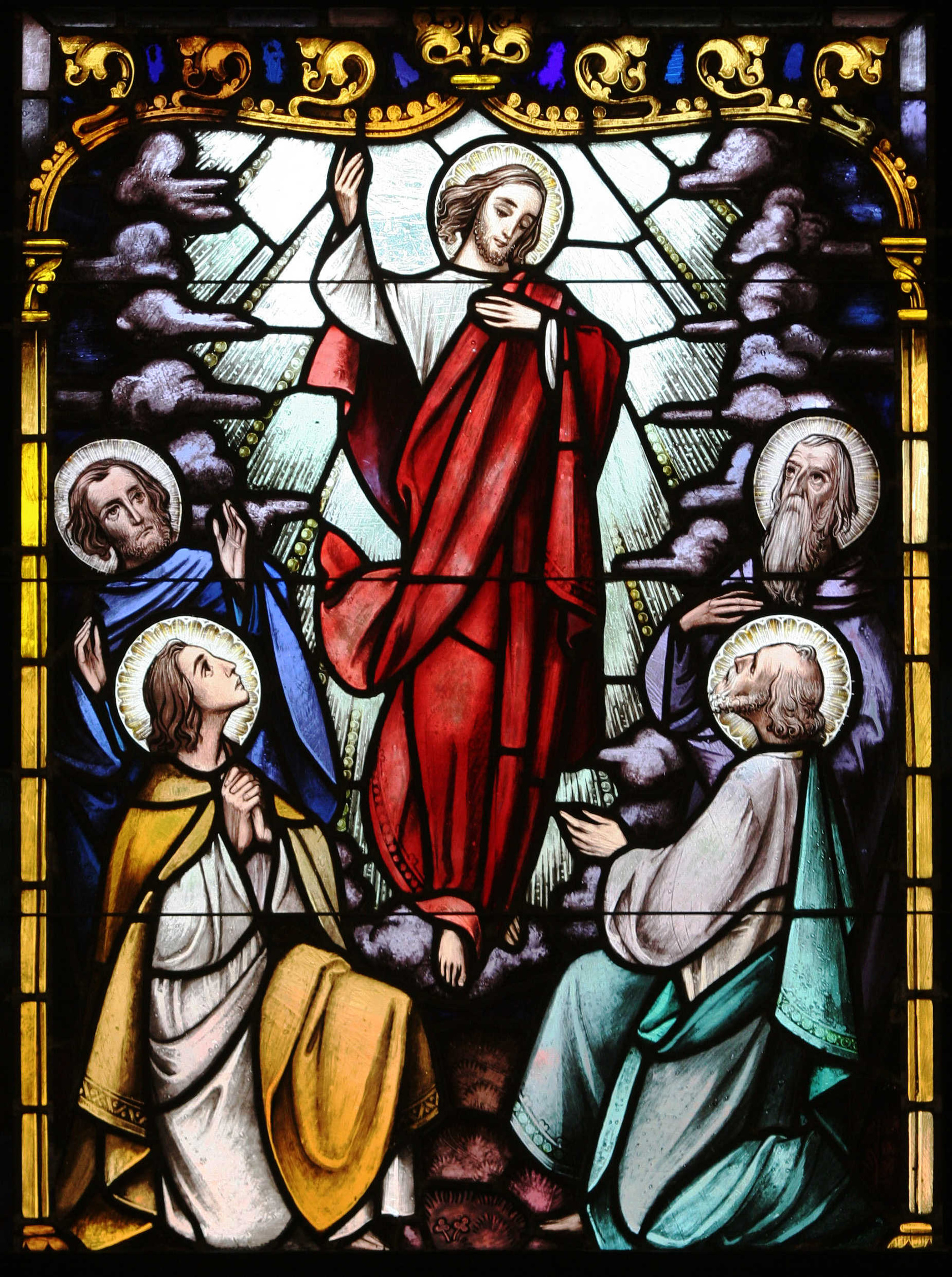 The Sunday after Ascension Day 2022

St. Peter wrote those words two thousand years ago to a group of men and women he calls the ‘elect exiles of the Dispersion,’ ‘strangers and pilgrims.’ Again and again the apostle draws our attention to the vast changes which have come to the universe, upheavals to the kingdoms of death which necessitate a radical reshaping of how we see ourselves, our families, and the purpose and meaning of life. To be a Gentile in Peter’s day was to hold tightly a large interconnected set of religious, political, and familial traditions which bound humanity together in a kind of peace: a peace akin to holding a fraying rope while a tornado bears down on you, but a peace nonetheless.

We talk often about what Christ gives us: eternal life, peace with our Creator, true love, but what we don’t talk about enough is what Christ robs from us. The incarnation, God the Son becoming Man, has burned to the ground all the goals and plans and cherished beliefs of fallen angels and men; Christ has burned them to the earth and salted the ground before our eyes. We say we want to live forever: God says, ‘First we must die every day.’ We say we want a powerful leader to defeat our enemies, God says, ‘Follow a crucified carpenter.’ We say we want peace and comfort, God says, ‘True peace will be found in sacrifice, true Comfort through the Holy Spirit burning the evil out of us with fire.’ Irenaeus, writing in the A.D. 100s, announced to the world that Christ has disenchanted the world. Christ has robbed wood nymphs and river fairies and mountain trolls and jersey devils and Zeus and Horace and Isis and Odin of all their power over us. His point is that Christianity is not a religion for the superstitious; it is the cure for the superstitious nonsense humans cling to because we are afraid. In the same way, St. Peter can tell us to abandon the superstitions and lies of the non-believers who surround us because we aren’t desperately searching for the meaning of life anymore; we aren’t walking in the dark woods scared of what might jump out of the shadows. No, ‘The end of all things is at hand,’ or put another way, ‘the purpose of everything has been revealed in the death and resurrection of Jesus Christ.’ The eternal life of the Trinity has now been placed on the scales of life. What then could we possibly add to the other side of the scale which could outweigh the new reality revealed to us by God on a cross and Man walking out of a defeated tomb? The very meaning of words like fulfillment and joy and happiness take on entirely new meanings when we see the possibilities of eternity laid out before us in real-time by the God who is love.

If then, the fallen world has been robbed of its power to make us afraid, what of its power to comfort us? Robbed. Gone. St. Peter does not say today, ‘Be self-controlled and sober minded so you can go to the right college, get the right job, make more money than that jerk in high school, find a soulmate or two, work, retire, die, and be forgotten.’ He doesn’t even say, ‘Be self-controlled and sober minded so you can find comfort in good works and self-righteousness.’ No, we are told by St. Paul and St. John and St. Peter to wake up and realize where we are in the history of the world: a world whose normal has been upended forever by Christ’s cross and empty tomb, and within this new normal, we must focus our lives on prayer, sacrificial love, hospitality, and divine service through the gifts our Creator and Savior has graciously allowed us to be stewards over. Why?

Well, because if we want resurrection, if we want new life, we must follow the only Man to have experienced it. We must follow Him to our own cross while being assaulted by our enemies and friends. The sublime and terrible truth of the Christian calling is that the world will hate us for sacrificing ourselves for prayer and sacrificial love and hospitality and divine service. Don’t get me wrong, the fallen world has cleverly established all sorts of ways to promote self-righteousness and funnel human guilt into the false absolution of self-promoting charity. For example, Apple routinely sends out press releases loudly proclaiming their millions of dollars given to various charities each year, money earned by building its devices with exploited workers and mining its raw materials through markets saturated with networks of African child slaves. In a fair world they would be the villain, but in this fallen world we’re told to pretend they’re the good guys. Absent our union with the living God established through Word and Sacrament, good works always turn into weapons ready for the hands of our enemy. God, of course, can still bring good from them—we aren’t strong enough to subvert His ultimate purposes—but we are certainly strong enough to wound ourselves and those around us by seeking the comfort of the world over the Comforter’s call to prayer, sacrificial love, hospitality, and divine service. How much human pain has come from sincere, earnest people trying their best for an evil cause? How much pain have we caused ourselves and others by following the comforting lies Christ has robbed of their power?

I ask this question not to make us all feel bad, because frankly, it doesn’t really matter if we feel bad. What real value, what concrete reality is made true by our feelings? Here lies just one more way we try to make this Church and her world-saving mission all about us; it’s just one more way to make us and our feelings the most important thing in the world (it’s Genesis 3 all the way down). This turned-inward perspective is our human madness, but it is a madness revealed and healed by Christ, as St. Peter writes, ‘…you were ransomed from the futile ways inherited from your forefathers, not with perishable things such as silver or gold, but with the precious blood of Christ, like that of a lamb without blemish or spot. He was foreknown before the foundation of the world but was made manifest in the last times for the sake of you who through him are believers in God, who raised him from the dead and gave him glory, so that your faith and hope are in God’ (1 St. Peter 1:18-20). In light of the historical death, resurrection, and ascension of Jesus Christ, where else the apostle demands, would anyone place their faith and hope? But, the apostle knows us, and that’s why this first letter has four more chapters. He knows we will try and place our faith and hope in our own strength and beauty, our material things or the embrace of another fallen creature—not because we are snarling beasts, but because we crave peace and comfort and thus become beasts in the death struggle for a peace which can only come from God: “a peace which passeth all understanding” because it is the true peace, the true setting right of all things, which we can only trust God to provide.

And so, we are called to acts of prayer and sacrificial love, hospitality and divine service, not because these save us, but because they show us and the world who has saved us. These defiant acts of divine, loving obedience unite us with our ascended Savior, who even now, presents His body and blood as a sacrifice for us in the heavenly court, so we can humbly present the sacrifice of our redeemed hearts to the rusty thrones of the world’s fading powers. They may spit on our sacrifice; they may call us fools and zealots, but we will welcome the chance to share in the suffering of Christ that we may share in His glory.

As the fisherman, turned apostle, turned traitor, turned crucified martyr says today, ‘The end of all things is at hand;’ the purpose of life has been revealed to us in Christ. May our lives be a thankful working out of this cruciform calling until we too ascend to the throne room of heavenly grace—strangers and exiles no more.