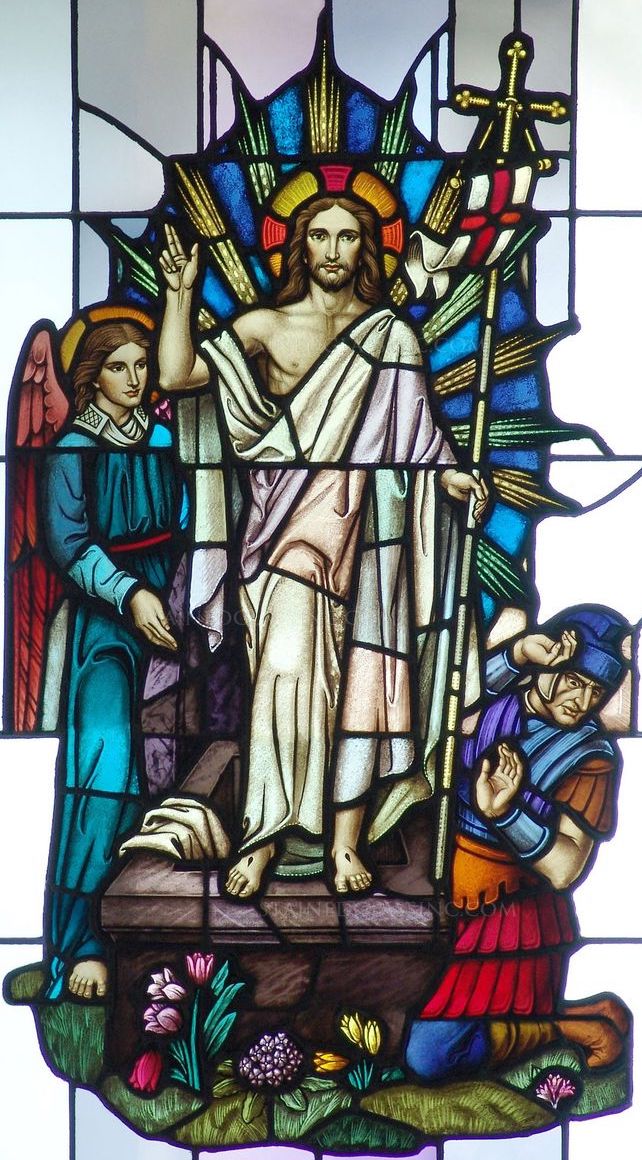 The Sixth Sunday after Trinity 2022

…Christ being raised from the dead dieth no more; death hath no more dominion over him (Romans 6:9).

We find ourselves today standing with St. Paul in the burned down forest of human understanding—reeling from the revelation that even within the dark empires of sin and death we feel and know but dare not speak of, even there, in the collected nightmares and pain of the human race, it is there that God’s divine grace reigns. The apostle writes, ‘But where sin abounded, grace did much more abound: That as sin hath reigned unto death, even so might grace reign through righteousness unto eternal life by Jesus Christ our Lord’ (Romans 5:20-21). We are to understand that the more evil and suffering and pain and misery humanity inflicts upon itself, the more our fellow men join with the rebellious forces of evil and chaos, then all the more God’s grace conquers, all the brighter the glory of Christ shines, all the greater the victory of righteousness and life becomes to those saved from the inky blackness. The apostle is exhorting us to look at the mad armies of sin and death, the foot soldiers of damnation who seem to grow in power and wealth as they break the laws of God and nature, he wants us to look hard at these forces and know that the more they destroy and rage, the more God’s grace abounds—healing the broken, remaking the lost. St. Paul is reminding us that the place to see daily, divine victory is not yet in empty tombs but in crosses.

Which leads to the question today’s reading answers; Paul writes, ‘What shall we say then? Shall we continue in sin, that grace may abound?’ (Romans 6:1).

The danger of a radical reordering of our understanding of the universe, such as the revelation shared above, is that humanity, in our blindness and evil, can try to use this incredible and undeserved graciousness of God as a tool to justify our false allegiances to sin and chaos; we can pick up the cross of Christ’s victory and use it as a club against ourselves and our enemies. To embrace sin because Christ has taken the horrors of my deserved wrath upon Himself at Calvary is to enthusiastically join with the rebellious creatures who slaughtered the world’s Savior; it is to be the bloodletter of Christ rather than one washed in His blood.

However, a related danger to be avoided is to twist Romans 6 into a passage only about us and our behavior. St. Paul is certainly concerned with us living in the love which can only be found in obedience to the Father, but he is at pains to first help the Christian correctly locate himself within the grand, world saving work of the Trinity. Paul’s point is not one of a life-coach or a therapist: he isn’t telling us just to try harder and be better or, God forbid, to embrace chaos and feel good about our sins; rather, the apostle is shaking us awake to see just what God has done for us through Christ’s death and our union with His death in baptism. Paul is at pains for us to see and know that the death of Christ, and our baptism into that death, accomplished something real and true and permanent. No one was play acting at the Cross: the evil mob really screamed and exalted in the Prince of Peace’s death; our suffering Savior really felt the searing wrath of his creatures; He really died feeling the unimaginable pain of His creation assembled in hatred against Him. Just as Good Friday was not a show, so too our baptism into this victorious death was not some empty rite of passage, but rather the very relocation of our souls and bodies into the kingdom of grace Christ died to establish: a new birth into a kingdom where faith and trust are the signs and seals of an inevitable new creation.

But, we may ask, how real is this union between redeemed sinner and Savior?  So real St. Paul can write this passage to the Galatians, ‘I am crucified with Christ: nevertheless I live; yet not I, but Christ liveth in me: and the life which I now live in the flesh I live by the faith of the Son of God, who loved me, and gave himself for me’ (Gal. 2:20). Our union with the crucified king is the defining characteristic of the Christian man or woman; it marks us as being ‘dead to sin’ in the eyes of God, and if we are so marked in the divine gaze then this shared death is the reality, no matter what avalanche of lies awaits us as we come around the next turn.

And, there are so many lies we must resist, not because our resistance is what makes our faith real, but rather the opposite: to believe the lies of this fallen world is to believe in unreality, in fairy tales—not told to children to evoke wonderment but told to adults to make us feel less terrible about the evil we try hard not to ponder. It is so very easy for Christians to fall into this trap; it is so easy for us to treat the Gospel like therapy or any other product we grab to help us get through another day. But the Gospel will not be tamed by us or anyone. God’s victory over sin and death is not therapeutic; it is not some tonic we can suck down to assuage our guilt in order to be more focused and successful pagans. No, the gospel is the good news that we have died already to the horror of being a materialist or a racist, an adulterer or a pornographer, a murderer or a thief: those lives are over and now we can live freely as the already dead and risen children of the new world to come. The Gospel is not about helping us get through the day; the Gospel is about being liberated to a freedom no man may take from us, to be so free that we may gladly sacrifice all our days to the living God—singing and praying through the pain life in a fallen world will always brings us. If, as St. Paul tells us today, our old sinful humanity was nailed to the cross with Christ then we are exactly that reborn, regenerate people: we are new and free.

And yet there is more. While we are new and free even now, we have not yet begun to partake in the fullness of a glorified humanity. If death no longer has dominion over the risen Christ then by virtue of our baptisms (our union with the great sacrifice for sin and death) we too will enjoy an existence no longer darkened by loss. Last year I heard a poignant line on a television program. The aged main character looked at his son and said, ‘My whole life is just watching the things I love get taken away from me.’ Might as well be a quote from Ecclesiastes. I look around this room today, and I know we all bear the undeniable marks of loss: fathers and mothers, husbands and children, brothers and friends—the longer we live the larger the choir of our lost becomes, singing to us in the rhymes and melodies of our past, reminding us of the people we once were and never can be again. Against this terrible noise, the sound of loss multiplied by the broken hearts of every man and woman who has ever lived, it is against this crushing wall of mournful sound that St. Paul defiantly declares the truth by which all that grief and pain is finally harmonized into the righteousness and beauty creation has always been destined to reveal.  He writes, “…Christ being raised from the dead dieth no more; death hath no more dominion over him” (Romans 6:9).

The reign of death is broken, and so allowing the terror of our mortality to own and control us is as foolish as being afraid of the boogeyman or a werewolf or any other childhood fear slain by revelation and reason. To serve evil because we fear we must do everything we can to hold on to the fleeting pleasures of this short life is to be consumed by the superstitious insanity which leads men to murder their own children, to ignore the suffering of the afflicted, to debase ourselves with disordered sexuality, to yield over our strength and beauty and talents to serve the broken and dumb gods of a dying world. God forbid.

Instead, we must live as St. Paul commands us, “…yield yourselves unto God, as those that are alive from the dead, and your members as instruments of righteousness unto God” (Romans 6:13). We are to live today and tomorrow and the next day and the next not as scrounging animals protecting what is ours, not as gluttonous beasts moving from satisfied desire to satisfied desire, but rather as fully realized men and women whose immortality defines them. What experience am I afraid to miss if I have all of eternity to love God and enjoy His new creation forever? What sacrifice can I not make for God and my neighbor if eternity has been gifted to me by the Lord of forever? The answer, of course, is nothing.

And so, we can kneel before the throne of our king, and we can hear with trusting hearts His order to take up our cross and die; we can hear that fearful order and march off to battle the kingdoms of sin and death, knowing we have nothing to lose because we have already been given everything.