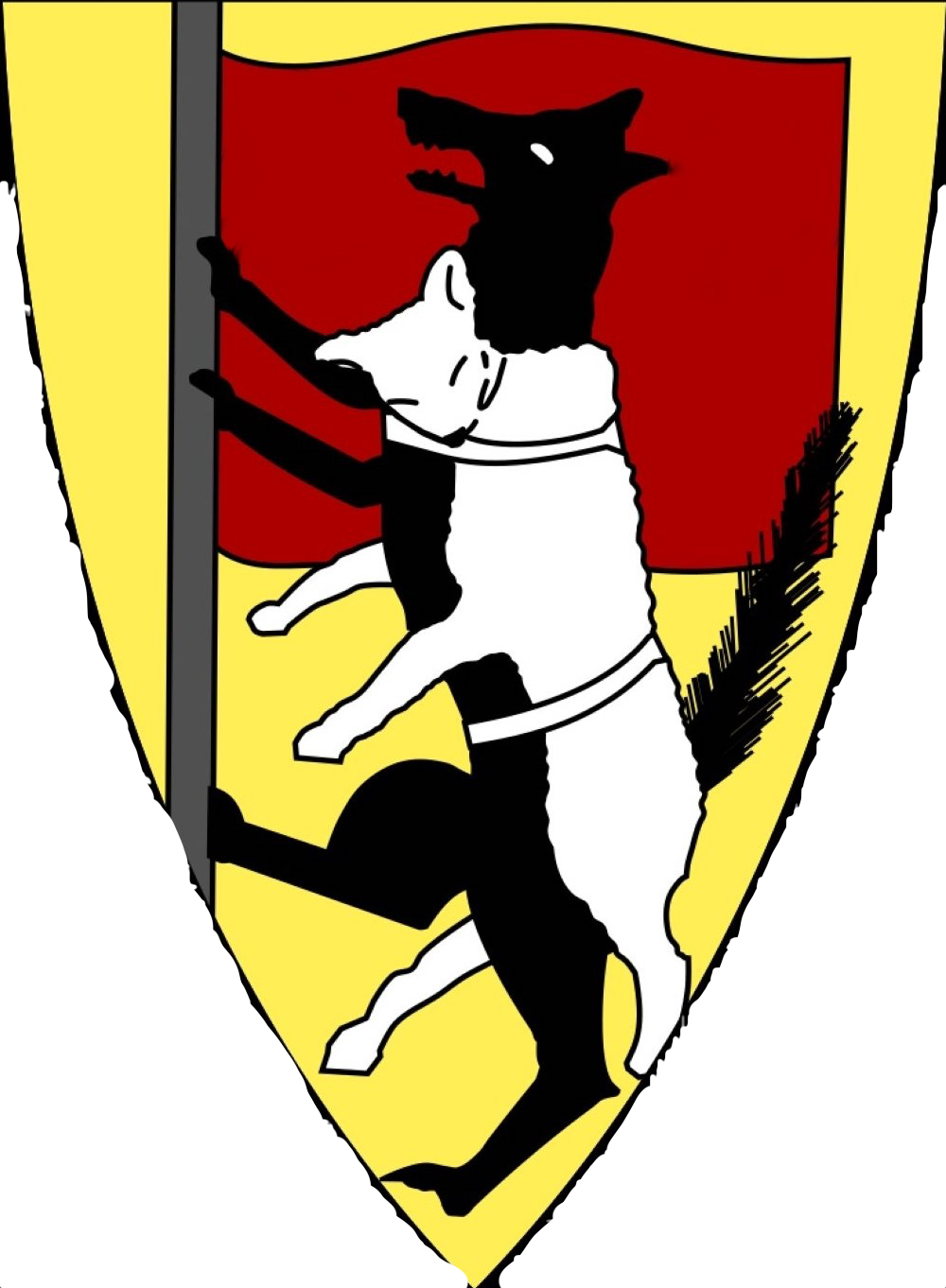 The Eighth Sunday after Trinity 2022

The Spirit himself beareth witness with our spirit, that we are the children of God… (Romans 8:16).

Our Lord warns us today of the hungry wolves which come to us in sheep’s clothing: the false prophets who seek to devour us by blocking our access to the true prophet, the true priest, the true king. The enemies of God and Man know Christ and His Spirit have come to lead us into all truth. These forces, natural and supernatural, can often clothe themselves in just enough of the reality Christ came to reveal, so the starving children of men won’t taste the poison until it has infected their senses and deadened their souls. We can see the effectiveness of this tactic in all the sons and daughters of this fallen world who have grown to love poison more than the Bread of Life. It’s easier to recognize false prophets when they come to us as dressed as Mammon obsessed tele-evangelists or pedophile priests; it’s harder to see how the fallen world has adapted so many parts of the truth in order to mask the everyday smell of sin and death. Examples abound, from the entire warped structure of modern secular human rights to the corrupt moral systems societies build until they collapse on themselves; from the movies and TV shows which form our flawed moral understanding of ourselves, to the politicians who invoke the Living God to baptize their lust for power. All these false prophets rifle through the pockets of Christianity looking for a corruptible idea here, an emotional payoff there—anything to fool pliable sheep who will pay for the privilege of being lied to.

There is a popular TV show (just wrapping up the filming of its anticipated second season) in which an angel and a demon become friends and try to stop the end of the world. Over and above anything else, the program is a fascinating look into just how brutally uniformed or maliciously antagonistic the rich people we pay to entertain us are toward the truth which sets men free. In one scene, the angel and demon are watching Jesus Christ be crucified, and the demon asks the angel what Jesus had said to get people so angry with him. The angel responds, ‘He said, “Be kind to one another.”’  This statement is what 21st century false prophecy looks like, beamed into millions of homes with a message which literally kills with kindness. Only a monster or a fool would look out onto the suffering of humanity and imagine that a bare command like, ‘Be kind to one another,’ could do anything but add to our pain and shame and grief. A phrase like that has the incredible ability to simultaneously feed the self-righteous busybody who imagines his good works are saving him while also calming the troubled conscience of the lawless sinner by convincing him that all his misdeeds are canceled out by being a moral coward towards evil. Say, ‘Just be kind’ to the 19 fourth graders shot to death last month; say, ‘Just be kind’ to their mothers and fathers, and at the end of those platitudes the world will be left with the exact same number of dead bodies and broken hearts. Only the cruelest imaginable God would look down on a people drowning in selfishness and pain only to order us to swim just a little harder. It’s the equivalent of an oncologist telling his patient, ‘Well, chemotherapy and radiation will cure you, but I feel like trying a different approach, just be nice for a couple months, and let’s see what happens.’  From a doctor that’s malpractice, from a priest that’s false prophecy, from a TV show it’s Monday.

Of course, Jesus was not murdered because He told people to be kind. He was murdered because He told the kingdoms of men that all the things they believed would save them were, in fact, the instruments of their own destruction. He told a generation of men drunk on believing in themselves and their traditions and their laws that none of those dead things would bring new life. To tell a man he must be born again to see the Kingdom of God is to tell a man he must be united to a new creation that can only be inaugurated by the God who, in the beginning, created the good world; it is to tell all humanity that salvation will never come from our broken, wounded souls, but must come from the dead branches of the human race being grafted back onto the God who never stopped being good. It is this new family tree which bears the good fruit the world so desperately needs; it is this good fruit which makes visible the reunion of Mankind and the Tree of Life.

We must try and wrap our heads around this saving trajectory of a new creation being a restored creation if we are to understand St. Paul’s apostolic commands today. He writes, ‘So then, brothers, we are debtors, not to the flesh, to live according to the flesh. For if you live according to the flesh you will die, but if by the Spirit you put to death the deeds of the body, you will live’ (Romans 8:12-13). The easiest mistake we can make in reading this passage is to imagine the apostle is simply repeating the normal dualistic way in which humans are hardwired to think about reality: flesh bad, spirit good. In this very old way of thinking (found in everything from Greek paganism to Hindu spirituality), the body is a separate, dirty thing from the soul or spirit or brain. Our divine image bearing bodies are reduced to a stifling prison from which we must escape. In many of these systems, death is the escape, but in the modern age, one is more likely to talk with someone who believes they can escape the body/prison by sheer force of their will. We see this fantasy in everything from people who think positive thinking will heal their broken natures, to the person who thinks his will can transubstantiate him from a man into a woman; we even see it in the person who takes his own life or the life of another as if mere creatures could permanently break apart the soul and body the Creator has joined together.

All these confused ideas are in stark contrast to the redeemed creation St. Paul is referring to today. St. Paul is telling us our bodies are not prisons. Our bodies are the blessed, holy space in which the Spirit of God dwells; our bodies, united to Christ by the Spirit, are the holy ground out of which the kingdom of God is bursting forth even now. Of course, our sin has wounded us, as our sin wounded God the Son when he walked among us, but God will not let the physical death sin brings be the final verdict for His sons and daughters.  The resurrection of Jesus Christ proves forever that sin and death are conquered foes for all those who can call God, ‘Father.’   All those who can say along with God the Son in the Garden of Gethsemane, ‘…Abba, Father, all things are possible unto thee; take away this cup from me: nevertheless not what I will, but what thou wilt’ (St. Mark 14:36). To be a child of God is to faithfully follow the only begotten Son of God to the cross, to the tomb, and to the resurrection—this is the path of glory and it must pass through the veil of suffering. As we hear Jesus say today, ‘Not every one that saith unto me, Lord, Lord, shall enter into the kingdom of heaven; but he that doeth the will of my Father which is in heaven’ (St. Matthew 7:21). To do the will of the Father is to live in the Body of Christ; to be the Body of Christ is to be immortal and invincible.

How then can we ever again live according to the flesh?  How can we ever again live for the temporary, dying things of the world? The answer is fear. We fear so many things; our entire discourse as a people is framed around the fear of some danger to us or our things, and that fear is leveraged by our enemy into ‘the spirit of slavery,’ wherein—like the wandering Israelites of old—we long for the security of temporary, dying things, rather than the freedom which comes from embracing our adoption as the children of God. What do the mighty Sons and Daughters of God have to fear? What do the heirs of resurrection and new life have to fear? What pain or suffering or lack will not be healed by the Father who raised our Brother from the dead?  The answer is nothing. No plague or famine, no tempest or tornado, no thief or gunman can ever again force us into the slavery of fear because we are the children of grace, the children of resurrection, the forever children of tomorrow and the next day and the next. When we say, ‘Our Father who art in heaven,’ we are not play-acting; we are declaring our independence from the world the flesh and the devil; we are declaring a new and radical dependance on the God who is actually healing the world while charlatans and tyrants do whatever it takes to keep us docile and confused and afraid. When we hear the children of men arguing and screaming and rioting and rebelling, we are simply hearing the fearful cries of those who know they don’t have an Avenger, a Redeemer, a Father. Christians, we have all that and more; we are destined to inherit the universe with all its beauty and wonder—a beauty and wonder our Father created for us to enjoy, a beauty and wonder the Father will recreate for us to enjoy. By the grace of the all merciful God, we have entered into a new life lived in and through the Son: we pray His prayers; we eat His supper; we live in the glorious destiny of the human creature—bloodied but glorified, wounded but everlastingly alive.