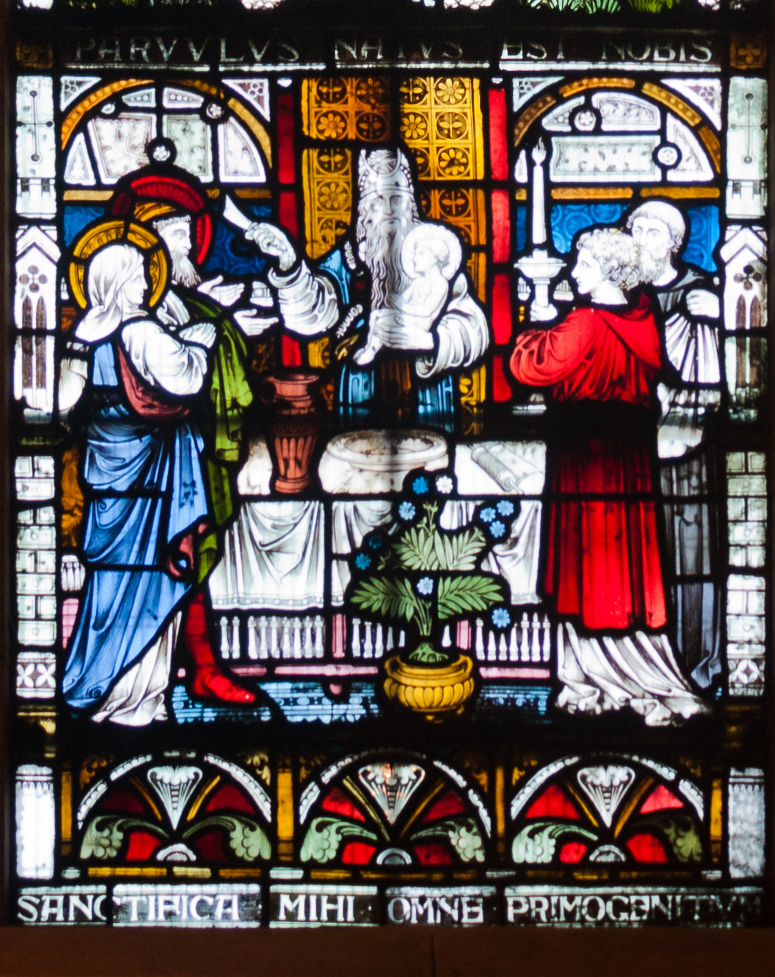 The Circumcision of Christ 2022

And he received the sign of circumcision, a seal of the righteousness of the faith which he had yet being uncircumcised, that he might be the father of all them that believe (Romans 4:11).

Today we celebrate a feast day which almost certainly holds the sad prize of being the most neglected holy day of the church year. This ancient commemoration of our Lord’s submission to the covenant sign has been jettisoned from the Roman Church’s calendar in order to add another feast day for St. Mary; while other churches out of prudishness or embarrassment or dark anger over the inherent Jewishness of the day are more than happy to let one of Scripture’s precious guides for helping us better understand the incarnation pass by without solemnity or song. But against this tide of squeamish modernism, it is no exaggeration to observe that without the Circumcision of our Lord, we would all be doomed, for without our Lord’s perfect keeping of the law, the burden of our failure to keep the law—the very weight of sin and death—would still be upon our shoulders dragging us down into the darkness. Everything for which we assuredly hope is bound up in Christ’s fulfillment of the law because, as we will see, God’s law must be fulfilled, and we either fulfill it in Christ or suffer the consequences of living a life of lies.

Circumcision as found first in the book of Genesis is the outward sign of a called man or eight day old boy’s entrance into the covenant people of God. 4,000 years ago, God made a peace treaty with humanity through Abraham, our fallen race’s God chosen representative, and through him to his wife Sarah: “the mother of nations.” This peace treaty was made in faith and signed in blood. Subsequently, all men within the covenant people would bear this mark of peace and new life, which as the representative heads of their families, would cover the covenant women to whom they were made one flesh through marriage, their covenant children, and even any servants who might fill out their household.

This covenantal representation is a key component for understanding the divine order which surrounds and governs God’s people. Throughout history, God has chosen men to serve as special representatives between Him and His people, just as he chooses nations to do His will, and individuals to be His children. This election is a great and enduring mercy of the God who has watched humanity rip itself apart amidst every generation’s mad attempt to replace the true God with itself. It isn’t the most powerful emperor or fastest man or most competent woman whom God reaches through eternity to begin our world’s long march back from death to life; rather, it is an idol worshipping herdsman whose utter unsuitableness marks him as the one most able to reveal the glory of the God who is more than just some superhuman, but indeed the alien, Creator of all things: the source of all being rather than just some impressive creature trying very hard within it.

This observation, made again and again by St. Paul, marks Christianity as the strangest of religions, for it is not the performance of Abraham or Moses or King David which saves the world, nor is it any act of performance within the law of God by you or me which saves us from the enormous debt of guilt and shame we sadly hide from even our closest love ones. Each one of these covenant mediators fails in the execution of their duties. Abraham commits adultery and banishes the slave girl he impregnates to die in the wilderness; Moses misuses the great power entrusted to him by God because he is angry; David arranges for one of his most loyal warriors to be killed so he could possess his wife. But what of us? Our beautiful and broken world tries very, very hard to convince us that we are simultaneously free to do whatever our wounded hearts desire and that we should seek absolution and forgiveness through buying what they want us to buy, thinking the ways they want us to think, and voting in the ways they want us to vote. It is a heavy, terrible burden which also has absolutely nothing to do with the eternal life for which we were created, but these burdens we place on ourselves are not new.

I was sick this last week, and I spent some of my recovery time listening to a respected expert on the Aztecs describe their religious life. Much of their religion was about as horrible as could be possible to imagine, but One god, Tlaloc, whose special area of influence was rainfall, stood out among the human carnage. This evil entity could only be appeased through the tears of children right before they were sacrificed. In fact, the more tears obtained, the better the year’s crops would be. Other hideous rituals could be mentioned, but what I found most fascinating was that none of their sacrifices were designed for the life to come because the Aztecs did not believe in life after death. Because their whole creation myth centered around a young warrior giving up his own life to restart the Sun, a sacrifice would be meaningless unless that which was sacrificed was gone forever into the unlife. The great advantage of this way of looking at life and death, as explained by the historian, was that it forced one to live life to its fullest, to cherish life rather than live for some life to come. What she didn’t mention was that it also meant a person would be willing to sacrifice anything to make this life even a little better for themselves, even a child’s blood and tears.

The Aztecs were an advanced and mature civilization whose art and culture and management of their empire is staggering to contemplate, and so I suppose it shouldn’t surprise us to see so many of our own society’s sensibilities in the Aztec’s cruel but reasonable rituals. From their myopic focus on this life over all else to the logical conclusion to make the weak suffer that the strong may live better, the underpinnings of either a failed Christian nation or post-Christian nation can’t help but fall into the cruel patterns of empires which so successfully ruled this fallen world. The haunting question for us: How many of these patterns lurk within us? How many of our beliefs and ideas owe more to the common, fallen logic of an Aztec priest, than to the hope we celebrate today?

And it is hope we celebrate today, for we who bow our heads in this space, overcome with the glory of our Lord, worship a God who asks not for our children’s blood, but instead became a child and bled for us. We should “fear and tremble” a bit in the presence of this king of alien strength, a strength which fears not a young maiden’s womb, nor the knife of the priest, nor the cross of the Romans. The God who would submit Himself to all of this suffering, so that love might become the abiding language of the universe, is unconquerable, and so we can not only perfectly trust in the completeness of His victory, but we may also honorably lay down the weapons we use to hurt ourselves and others to be embraced as family.

And what it took to make us a family, for us to become “children of promise,” was not for the law to be swept aside as some lawless tyrant would, for such an act would make sin and death and pain nothing more than a meaningless simulation, but those who have suffered know the profound meaning to be experienced there; no, God the Son bleeds on his 8th day of life to become part of the covenant people, to be a marked man in the war between good and evil. For every man who came before, going all the way back to Abraham, circumcision was “a seal of the righteousness of faith,” gifted by God to His chosen people, but on this day we celebrate, He who bore the mark of righteousness was none other than the one Jeremiah called, “THE LORD OUR RIGHTEOUSNESS.” Instead of failing to live up to the great gift bestowed upon them, this recipient of the covenant sign would perfectly fulfill the law and carry our humanity to the victory we do not deserve but are destined to be a part of. When we believe, when our faith and trust are placed in the Lord Our Righteousness, we become the sons and daughters of promise in perfect fulfillment of the law: His righteousness becomes our righteousness in the great exchange even now filling the mansions of the new heaven and new earth.

And blessedly, this great gift is not one of bare mental assent, for if you are baptized, you have already been blessed with the seal through which the promises of God are imprinted on your heart; you have been touched with the instrument of His grace, and by the power of the Holy Spirit, you have been united with the Christ who perfectly fulfilled the law: our only Mediator and Advocate who stands with us through all the fiery trials of this life. For the children of God are heirs of all not by the law, but by the promise made by the God who always keeps His promises. This act of redemption begins and ends with God, and so 8 days old to 80 years old, we welcome new image bearers into the covenant people of God because the Son of God made a place for them on this day when St. Mary and St. Joseph faithfully acted upon their faith in the promises of God. It is this real and blessed union with Christ to which we cling (fortified and sealed by the Holy Communion we are privileged to partake of today). Let us then rest in this perfect peace this day, let us rest in the union which which makes righteousness ours forever.