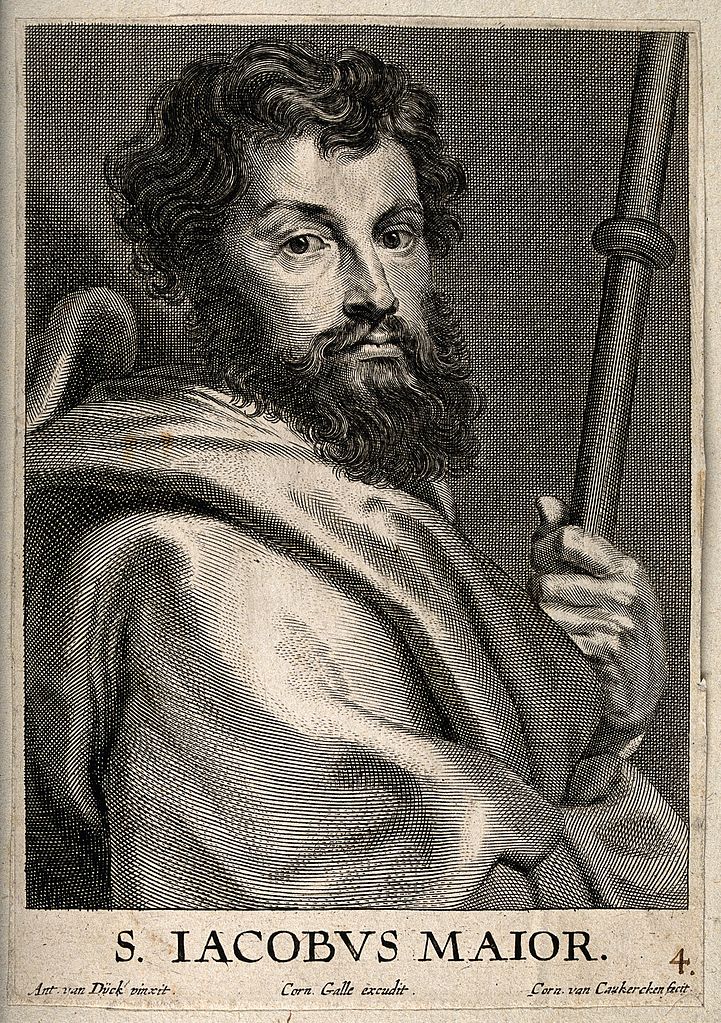 But Jesus answered and said, Ye know not what ye ask. Are ye able to drink of the cup that I shall drink of, and to be baptized with the baptism that I am baptized with? They say unto him, We are able (St. Matthew 20:22).

Directly before today’s Gospel reading, Jesus confounds His twelve disciples by revealing He will soon be betrayed by His own countrymen to be tortured and murdered by the Roman empire, but three days later, He will rise from the dead. Imagine for a moment how shocking this pronouncement must have been to men who had forsaken all to follow Him. We would be wrong to think they simply, “Got it,” and moved on with their day, confident their master and friend would rise from the dead after a public execution. These men would have seen many, many crucifixions, and the one thing they knew above all else was the finality of Roman wood and nails.

This revelation is the third time Jesus has shown His chosen band that the center of His mission is to die and rise, but after each occasion, the oh-so human reaction of the disciples is to deny Christ’s mission or instead flee from the horror of the messiah’s death to focus on the glory they think they better understand. St. Peter, after an earlier revelation, responds to Christ’s announcement of His coming self-sacrifice by rebuking the Savior of the World, telling Him that he would not let Him die and rise again. Jesus’ response is helpful for us today, He says to Peter, “Get behind me, Satan: thou art an offense unto me: for thou savourest not the things that be of God, but those that be of men” (St. Matthew 16:23). Just as earlier, St. Peter’s faith could be described as the rock upon which Christ would build His church, this attempt to deny the world its only hope for salvation reveals the profane logic of Satan rather than the Father, for what are Satan’s two greatest weapons in the fight for our souls: the fear of death and the corruption of the good. It is right and good that Peter wants to protect his Lord, but the purity of this desire is tainted by both the self-preservation lurking under the surface (after all, if Christ is murdered, the disciples themselves must be next on the list) as well as the lack of faith and trust in Christ revealed by trying to separate glory from the Cross. There is no kingdom without the Cross, there is only men boasting about how they will save the world even as they can’t save themselves or the things they love.

We see this same pattern in the request of St. James and St. John brokered through their mom. In this case, the corrupted good is the desire to be chief members of the Messiah’s kingdom: to sit on the right and left of the anointed one’s kingly throne. But just as St. Peter was rebuked for savoring the things of men, James and John are behaving like court eunuchs jockeying for positions of power in an earthly kingdom; they are behaving like all the dead souls who surrounded the Israelite kings of old, like all the poor, lost boys who surround powerful human leaders in our broken, fallen world.

Which drives us to ask some question of ourselves: do we seek the kingdom of God because we think it will give us power and prestige in the here and now? Are we Christians because we believe it is the best path to comfort and prosperity? Many would answer not only, “Yes,” to that question but, “Hell, yes!” In fact, many American folk Christians make a simple calculation: if I go to church and pay my tithe, God owes me comfort and prosperity. Just as Peter, James, and John (Christ’s inner circle of disciple) could create a false gospel centered on their temporary earthly comfort and power, we too can turn our backs on the unique gift of Christ in favor of returning to the crude sacrificial systems of every other religion in history—if we think it will deliver the comfort and power we desire.

But, if we got our wish and gained 70 odd years of comfort for going to church and paying our tithe, would that be good news? If Peter was able to raise an army to protect Jesus, or if James and John were to gain prestigious posts in a temporary earthly kingdom, would that be good news? For a time maybe, but eventually the grim realities of life in a broken world erode everything until we are all back to the naked powerlessness of the day we were born. Ironically, by refusing to focus on the death and resurrection of Jesus both we and the disciples fail to see the only good news which exists in a world where death stalks even the most mighty and powerful.

The problem for us and St. James is that we are not even prepared to ask the right questions much less know what the answer is to the problem of death. St. James lived in an unforgiving world of constant pain and loss and brutality while we modern Westerners are programmed from birth to be people in rooms trying to feel good until we wake up one day in the room we’re going to die in. The corporations and politicians and professors who formed us this way will be gone because by then we won’t be able to buy anything or vote for them or participate in some revolution to make them feel better about being frustrated academics. I find it comforting to know we are united with the saints who came before us through the intense helplessness we face taking on death by ourselves. But, the defeat of death is exactly why God the Son volunteered to live and dwell with lost and scared humans taking on the weight of our questions and sorrow and fear until we used that weight to crush Him. The cup from which Christ was preparing to drink, the baptism through which He was preparing to be drowned is nothing less than the answer to the problem of death.

St. James told Jesus he was ready to drink that cup, but what actually happened on the Friday afternoon when Man murdered his Creator? St. James fled in utter terror when faced with answer to the problem of death. As Christ was nailed to his throne of glory and love, it was two common criminals dying a slave’s death who hanged at His right and left hand. We will never even begin to understand the revealed mystery of salvation from death until we see that no human has every been as truly powerful and glorious as the King of Kings at His crucifixion, for it was only through this act of sacrifice and love that any true, eternal glory for Man could ever even be possible. God the Son allowed us to make Him naked and powerless, so that we might never fear being naked and powerless again.

Here is why Christ links His death to the loving service we now are to give the world. Just as Man was elevated to glory on the Cross; we are elevated to glory through our service to others. Jesus knows this “slavery to righteousness” as Paul will call it runs against all our fallen world’s understanding of power and might, but once we have recalibrated ourselves to see the true weakness of the world’s lofty ones, we can love in a way which holds nothing back. Show me a powerful man of our time, and you have shown me a future pile of dust: a human who will either be entirely forgotten or whose true-self will be replaced by a myth some future culture will think it needs. It is not so with Christ. When we hear the Word of God we hear the voice of Christ; when we are baptized, we are baptized into His death and resurrection; and when we eat and drink the Holy Communion of His Body and Blood, we take His cup of woe and drink as brothers and sisters united in the mission to tear down the temples of sin and death, injustice and disorder—knowing there is no weapon of evil which can turn back God’s ever-rising tide of justice and love.

By the power of God the Holy Ghost, we for whom Christ paid the ultimate ransom are changed men and women. St. James, who stands even now in the throne room of our everlasting king, is not remembered for his day of shame and cowardice, nor will we be remembered for the failures which scar our friendships and loves; no, when the Father looks upon us He sees His Son, and so when we see another human we see someone to die for.

Around A.D. 44, the grandson of Herod the Great ordered St. James to be beheaded, and he thought he was ending the life of a man, when in reality, all he was doing was creating a witness. Whatever the pain and suffering in our lives, it will not destroy us, even if it kills us. Because of what Christ has done for us, all pain and suffering is merely the opportunity to witness, all of our life is an opportunity to witness. We have been set free from the sting of fear and ambition, the terror of loss, and the endless need to consume. We have been set free so that when the question, “Will you drink of that cup?” is set before us, we can always say, “Yes, by the power of Christ, yes, whatever the cost, yes.”