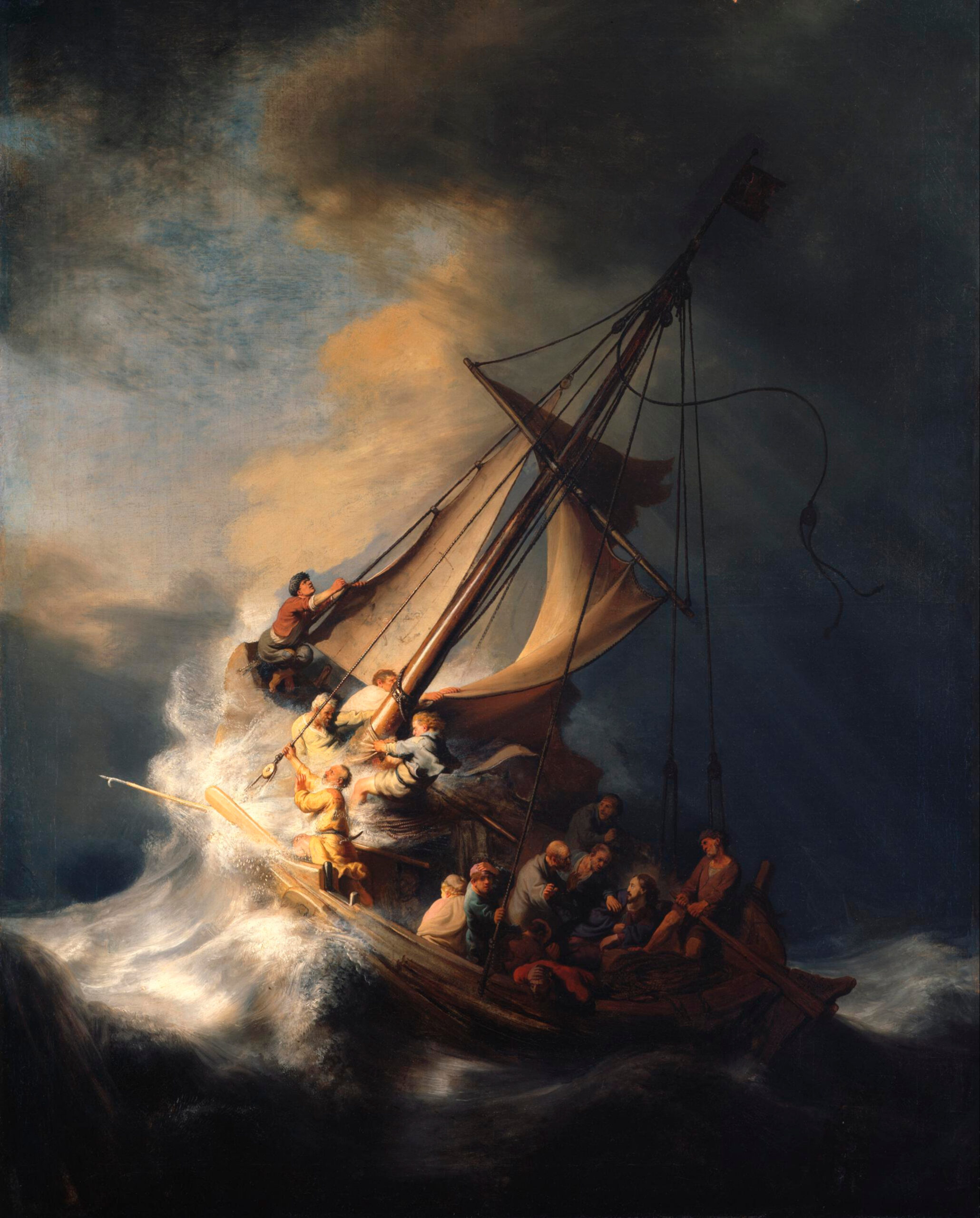 Render therefore to all their dues: tribute to whom tribute is due; custom to whom custom; fear to whom fear; honour to whom honour” (Romans 13:7).

From time to time, Christian blogs and magazines will feature articles from writers with various opinions about praying for one’s country during a worship service. Sometimes it’s from a progressive who thinks God and country must be kept as far apart as fire and gasoline, or the next thing you know there will be heretics burning in the town square as bonnet wearing handmaidens look on in horror. Sometimes, it’s from a conservative, who is afraid that the next step after mentioning our country in our prayers and hymns will be the erection of a golden calf or some other idol.

The two thousand years of Christian experience we inherit from our Anglican predecessors tell us, however, that such extremes of opinion are vastly over-blown. After all, during those two thousand years, kings, empires, and governments have come and gone. Sometimes, in fact, those governments have been intentionally replaced, as in our own American Revolution. Nevertheless, down through the centuries, our Anglican spiritual discipline has maintained that it is our positive duty to love and to pray for, as well as we can, those earthly nations where it has pleased God to place us, as His servants, for the building up of His heavenly kingdom.

Why? Well, we are always God’s Church in some particular nation, and not just Christians floating through life, disconnected from the rest of the world. Thus, a religious love of country (and the people in that country) is not a sin, but rather a blessing, as long as God Almighty, God the Blessed Trinity, is our one and only God, and just as long as our love of country is expressed through obedience to God, and not in opposition to God. Our prayer book’s catechism grounds all righteous obedience in God and in God’s Fifth Commandment, and so part of the Christian’s duty towards his fellow man is, “…to love, honor, and succor my father and mother; to honor and obey all who are put in civil authority; to submit myself to all my governors, teachers, and spiritual pastors; to order myself with humility, show reverence to whom it is due…” (BCP p. 303).

This servanthood to God, from which every proper duty and righteous act proceeds, is the concrete reason why it is permissible for us to pledge allegiance to our country “under God.” As a simple matter of fact, there is no way that we can rightly pledge allegiance to our country except for “under God”, for “under God” is not just a form of words but our recognition of reality and the true source of all authority. If the Supreme Court or some other power were idiotic enough to ban “under God” from the pledge, we would be completely unaffected by their wish casting—just as we are unmoved by men and women in black robes telling us it’s lawful to own people or what marriage is or whether we can stab and poison children in their mothers’ wombs.  None of that matters in the eternal scope of God’s history, the church will just continue to pray for our country every day as Christians have always done: trusting the Lord of Lords to bring His inevitable, perfect justice.

Now, while the Anglican Way has made a great deal of our submission of our country and of ourselves to God’s merciful governance, that emphasis is not just a quirk of our own religious tradition. Everyone who says the Lord’s Prayer asks of God the Father, “Thy kingdom come, thy will be done, on earth as it is in heaven.” Thus, any Christian who thinks at all must recognize that although our Lord Jesus Christ tells us flat out that no earthly nation is itself the kingdom of God, He nevertheless commands us to pray to His Father that our earthly nations may be made a part of that Father’s kingdom and transformed by grace into places where that Father’s will is obeyed as cheerfully on earth as it is in heaven.

And, of course, we have today’s Epistle to the Romans, in which St. Paul teaches on behalf of God in heaven, “Let every soul be subject unto the higher powers. For there is no power but of God: the powers that be are ordained of God” (Romans 13:1). Those “higher powers” aren’t angels or ideologies, but ordinary men appointed by God to govern their fellow men. In what ever way those “powers that be” come into office, whether by birth as with kings and emperors, or by votes as with presidents and prime ministers, God is selecting them for good or for ill. God is either furthering our efforts to be obedient to Him, or God is letting us make the kinds of mistakes that teach better practical lessons about our citizenship on earth and our duty to heaven than any abstract theory possibly can.

Saint Paul, we need to remember, was neither insane nor stupid. When he wrote, “Render therefore to all their dues: tribute to whom tribute is due; custom to whom custom, fear to whom fear; honour to whom honour, “ he knew that the men who collected the taxes of “tribute” and “custom” were not infallible. He knew that the governors and magistrates to whom he commanded us to give our lawful honor and respect, as their due according to God’s commandment, would often be, without a doubt, bad men or inept administrators.

Saint Paul had to know, since, after all, the primary government when he wrote his epistle was the Roman Empire, and in those days, an earthly empire pagan to its roots. And if anything, it’s likely that he wrote to his original readers, Christians living in the City of Rome at the heart of imperial splendor and imperial squalor, to encourage them not to miss the great reality being taught to us by the triumphs and failures of the princes of men. Seeing the corruption around them, those Roman Christians could easily have grown cynical and hateful, just like people who spend too much time in Washington, D.C., today. They could easily have begun to think of “law and order” as a sham, or just another way of dominating the public and given up on praying for their leaders, or worse, let their disgust with our earthly leader’s failures turn into a lawlessness which works against our duty to proclaim the Gospel.

For remember, true law and true order are of God, and not of man independent from God. As St. Paul told the Corinthians, “God is not the author of confusion, but of peace, as in all churches of the saints” (1 Corinthians 14:33). God is a God of order, beginning with the perfect order of the Blessed Trinity and ending with the perfect order that God has willed for the redeemed. Certainly, St. Peter and the other apostles looked the members of the Sanhedrin, the puppet government of their province, in the eye and refused to obey their unlawful and ungodly order to cease preaching Jesus Christ, telling them, “We ought to obey God rather than men” (Acts 5:29), but there is no contradiction between their witness and St. Paul’s.

A good human law, consistent with the law of God, does not become a bad law because we dislike the man who enforces it or because we believe him to be a bad man himself. God’s authority, shining through that law, is all that matters. And just the opposite is true. If the most beloved country or ruler in the world presents us with a human law that is contrary to the law of God, we are obligated to change it, or if need be to break it and boldly face the consequences. After all, the matter was settled a long time ago: we ought to obey God rather than men.

Christianity makes citizenship a full-contact enterprise of men and women whose consciences have been informed by the Gospel of Jesus Christ. There is no room in Christianity for the passive blame-shifting of “I was only following orders.” God holds our governors accountable for our welfare, and Gods holds us accountable for the moral conduct of our nations and governors. Obviously, Christian citizenship can be a difficult vocation. It took almost three hundred years of Christian prayer, of Christian witness, of Christian obedience to just laws, and of Christian disobedience when the the Gospel made it necessary, even to a martyr’s death, to wear down the Roman Empire until it was ready to submit to Jesus Christ: the king of kings, and of emperors, and of all men and nations.

God demands the same Christian discipline of us American citizens. There is much to love in our country, but there is also much to reform, not to make America suit us, but to make America pleasing to God. The best love of country always begins with the best love of God. Secularists will wail at such a thought, as they seek day by day to remove Christianity from American life. But this prejudice is nothing new. Sixteen centuries ago, a pagan Roman name Marcellinus made what was already a tired old argument that Christianity would destroy both the Roman Empire and Roman patriotism. St. Augustine, the Bishop of Hippo in Africa, made this counter-claim: “Wherefore, let those who say that the doctrine of Christ is incompatible with the State’s well-being, give us an army composed of soldiers such as the doctrine of Christ requires them to be; let them give us such subjects, such husbands and wives, such parents and children, such masters and servants, such kings, such judges—in fine, even such taxpayers and tax-gatherers, as the Christian religion has taught that men should be, and then let them dare to say that it is averse to the State’s well-being; yea, rather, let them no longer hesitate to confess that this doctrine, if it were obeyed, would be the salvation of the commonwealth (To Marcellinus, Letter 138, 15).

This doctrine, this Christianity, if it is obeyed, will also be the salvation of this commonwealth, this nation of ours. God loves this nation because He loves the image bearing creatures who make up her citizens, and our God given calling is to love them too. Not as neutrals or from the sidelines but as the cross shaped people of God: always ready to die for what is right. God expects us, as his adopted and beloved children, to work, and pray, and give for the spread of His kingdom, and most of all, here in our own land, here where He has called us to be His own.