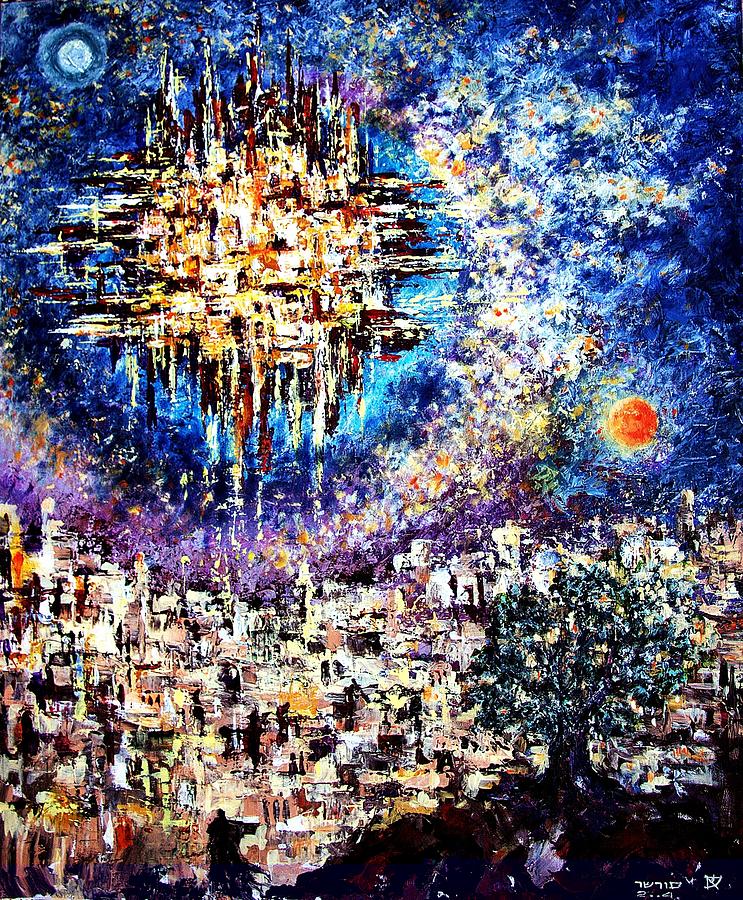 For it is written, “Rejoice, thou barren that bearest not; break forth and cry, thou that travailest not: for the desolate hath many more children than she which hath an husband” (Galatians 4:27).

Today’s excerpt from St. Paul’s Epistle to the Galatians is about the most incendiary presentation of the Gospel one can find in the New Testament. Every year, I am taken aback by the incredible courage with which the Holy Spirit has gifted the apostle: the courage to be in a position of absolute temporal weakness, unsupported by wealth or impressive church buildings or anything other than than the piercing lance of God’s truth, the courage to be in this state of worldly powerlessness and bravely challenge those who offer a false gospel of self-righteousness–consequences be damned. It is incredible. What fuels this unfailing allegiance to the truth is his complete faith in the resurrected Christ as the ultimate answer to the question: “What must I do to be saved?” This trust makes him immoveable in his weakness, unshakable even as the happy and the proud laugh at him and his bleeding God.

As in so much of our fallen world, the false confidence of the lost is nothing more than a paper-thin veneer hiding brokenness and shame, sadness and pain–a tin-roofed shack built upon a misplaced trust in the power of humanity to save itself. St. Paul begins to break this facade of surety by asking a question, “Tell me, you who desire to be under the law, do you not listen to the law?” (Galatians 4:21). The message of the false teachers in Galatia was simple: one must become fully Jewish before one could become a fulfilled Jew through Christianity, or put another way, Christ is the Messiah, but He is a messiah only for those who have put themselves “under the law.” Under the law: here is the slavery from which St. Paul would have us know we are forever free, for we cannot be under the law and be risen with Christ; we cannot have a slave master and a Savior. Indeed, either salvation comes from the grace of God acting in and through His creation to save us from the curses we have ladled upon ourselves, or we must trust in our perfect performance of all the laws our wounded natures prevent us from perfectly performing. The false teachers, and all who follow in their footsteps, would have us die naked and alone in their trap because they would make themselves the self-centered creators of a death pit rather than bow the knee to the God who creates nothing but the good and saves nothing but the barren.

Now, the focus of the apostle here is surely the law God revealed to Moses at Mt. Sinai, but we can add to this diagnosis any system of living through which man falsely believes he will be saved. I heard one of these systems the other day from an atheist: “It’s all chaos, just be kind.” Now, at first hearing this simple phrase might not sound to us like the guttural call of the slave master, but it manages to both eviscerate any hope our actions actually matter while linking self-worth to an unending, inexhaustible call to never-ending action–activity that is cruelly undefined beyond a vague, two word command: “be kind.” In the end, jangly phrases like “It’s all chaos, just be kind,” won’t liberate us from anything, instead this banal nonsense chains us to an unappeasable master: ourselves. And what’s worse, we’re still no more able to save ourselves by repeating this cruel mantra than a lunatic in solitary confinement, screaming at the walls about the little world he’s created in his mind. Ironically, this horror is what comes from being “under the law,” even as the atheist claims there is no divine law; it is a story which is repeated endlessly in the darkened hearts of men.

To illustrate the point, St. Paul reminds us of the story of Abraham’s two sons. The first, Ishmael, was born from a slave girl Abraham’s wife asked him to impregnate. Of course years before, God had promised Abraham and Sarah a son, but Sarah had been barren her whole life and was now beyond the age of having children, and so, instead of trusting in God to keep His promise, Abraham and Sarah followed the accepted cultural practice of their time and forced a slave girl named Hagar to give birth to their much needed male heir. We should, of course, recoil from the barbarity of this ancient, evil practice, but it really isn’t too far from the surrogacy system we have in our own country through which wealthy couples rent an impoverished girl’s eggs or womb or both. Here we have just another example of how deleting Christian norms leads to strange, regressive behavior. But, St. Paul is not primarily focused on how people sinned in the past. He wants us to see the terrible price Abraham and Sarah paid for trusting in themselves over God. Instead of peace and security, Abraham’s adultery brings misery and jealousy and sadness as Sarah forces her husband to banish Hagar and his own son to die in the wilderness. God intervenes to save Hagar and Ishmael, but Abraham and Sarah’s act of faithlessness creates the rivalry and pain we see even today in the Middle East where Hebrew and Arabian continue to rage and war against one another.

But blessedly, Abraham and Sarah’s faith in themselves and their fallen culture would not be the last word in the story of salvation.  God as master of creation moved the barren womb of Sarah, giving she and her husband the son of promise: Isaac. St. Paul holds up the barren, unworthy womb of Sarah and says to us: “This is the kind of place where God’s grace goes to save the world.” Incredibly, Paul tells those who wish to be “under the law” that they are children of slavery, children of the covenant given to Moses at Sinai with its blessings for keeping the law and curses for breaking it; he tells the false teachers who see themselves as the natural descendants of Isaac that they are, in fact, slave children, and even more incendiary, he tells the faithful church that earthly Jerusalem itself is a slave camp of men and women tragically unable to follow the law they falsely believe will save them. This condemnation from St. Paul is an act of treason against his old life, a reversal only possible if a man knows he has been reborn into a new life of freedom and grace and glory. So then, the important question to ask is, “If those under the law aren’t the true sons of promise, who is?”

The first step to salvation, the first step to being among the true sons of promise is to know we are all barren, but blessedly, God gives life to the barren.  God looked upon the barren, childless Sarah: guilty of unbelief, pride, jealousy, and attempted murder; He looked upon her, and He united her to the Trinity’s world saving mission by giving her the son of promise. He gave her a life she didn’t deserve because God keeps His promises.  The salvation of the world took its first step forward through a tiny heartbeat inside the womb of an old woman given up for dead.  That heartbeat would grow up to be the man Isaac and from him would come generations of men and women, each in their own way a living testimony to the throbbing, human need for salvation.  Until another woman, clothed in her virginity, was blessed with the new life which would take away all barrenness—the son of promise who came to reverse the fall of man, to restore the garden of creation, to create new life in us where men see only death.  It is Jesus Christ’s resurrected glory which changed St. Paul from persecutor to martyr, and it is Christ’s resurrected glory which should lead all of us barren, unfruitful, human deserts to join in with prophets and apostles, saying, “Rejoice, thou barren that bearest not; break forth and cry, thou that travailest not: for the desolate hath many more children than she which hath an husband” (Galatians 4:27).  God’s grace is for the barren, and so the barren can now rejoice.  We can rejoice instead of worrying, we can rejoice instead of complicating our lives with all the fruitless pursuits of our neighbors, we can rejoice and know that Christ has promised life to those who believe; He has promised everything to those who are free.  By God’s grace, we are the sons and daughters of promise, and by God’s grace we are free.

Let us then use this perfect freedom for good: let us live lives of unbroken thanksgiving, lives saturated in the mercy God freely gives us and commands us to freely give to others. Jesus Christ died that we might live, and He lives that we might live forever with Him in the free Jerusalem which is above and will one day descend onto a redeemed and resurrected earth: a new world made for the poor in spirit and those who hunger and thirst for righteousness—a new world made for the free.  Our capital, our mother—now called barren by the damned and the lost—will have more children than we can count; May we be in their number, and may true freedom reign in the hearts of men and ring out in the walls of the new Jerusalem forever.