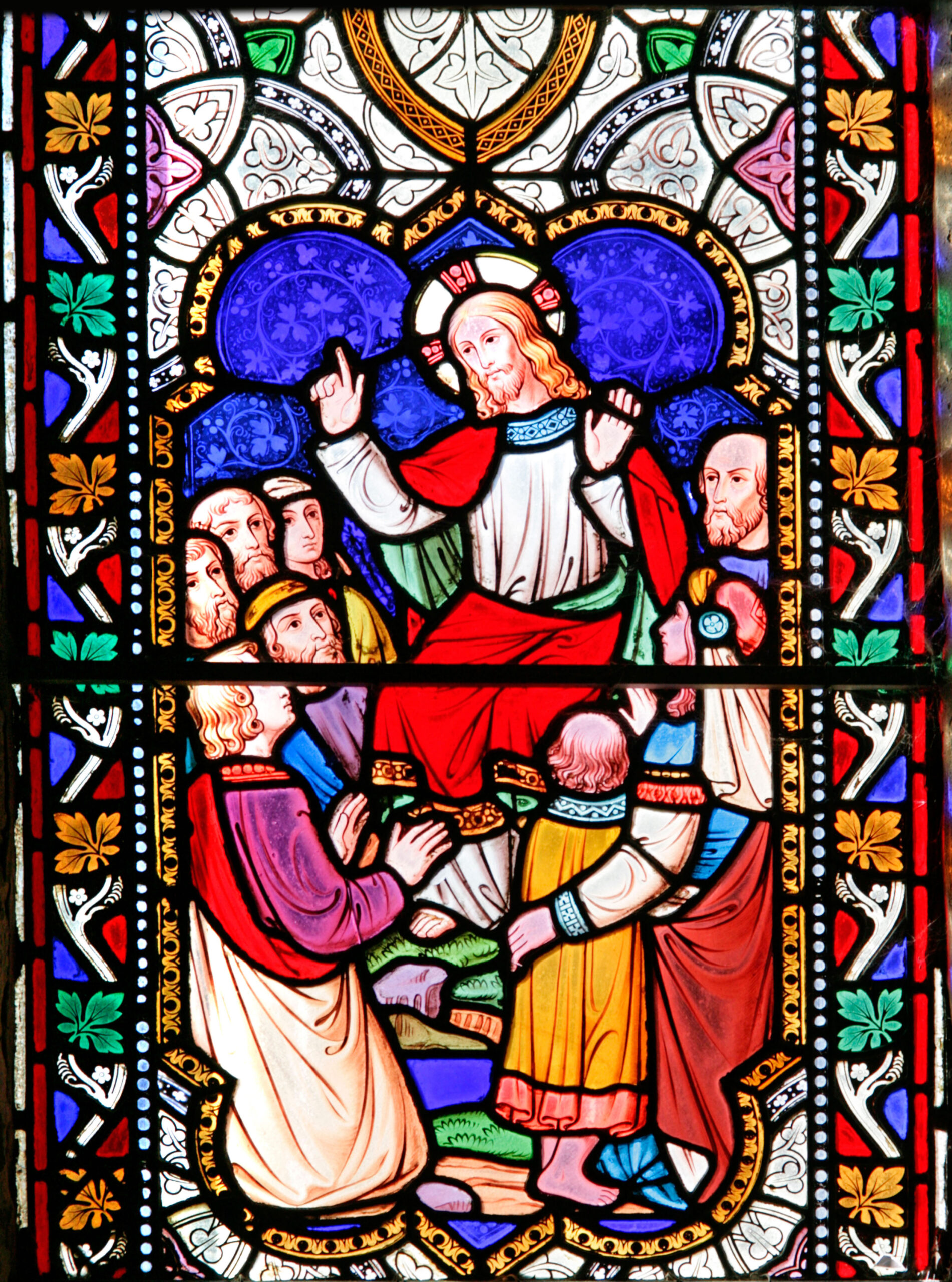 Do not err, my beloved brethren. Every good gift and every perfect gift is from above, and cometh down from the Father of lights, with whom is no variableness, neither shadow of turning. Of his own will begat he us with the word of truth, that we should be a kind of firstfruits of his creatures (James 1:16-18).

The fourth and fifth Sundays after Easter feature two readings from the great epistle of St. James the Less. There were a number of Jameses in the 1st century church, but this apostle was the kinsman of Jesus whom Paul tells us had a personal visitation from his risen Lord (1 Cor. 15:7), and afterward became the first bishop of the Jerusalem church—preaching the gospel boldly until he was beaten to death with clubs and thrown from the temple walls around A.D. 62. As one who has cousins, I am always amazed by James’ conversion, after all, it would take a truly momentous event for me to begin to worship one of them as God. James had that moment when he saw the impossible in the eyes of His resurrected kinsman, and that moment changed everything about him. We should keep this revelation in mind as we hear James speak to us about the the unchanging goodness of God and the perfect gifts which spring from the benevolent Godhead who rules in light and truth. For James, the gospel is intensely personal, as it should be for all of us who fervently yearn to look into the eyes of our brothers and sisters in Christ in the new earth to come.

Today’s portion of James’ epistle begins with a shocking claim: ‘Every good gift and every perfect gift is from above, and cometh down from the Father of lights, with whom is no variableness, neither shadow of turning (James 1:17). First, let us consider the unchanging nature of God for a moment. The precise theological term for this attribute of the Almighty is called His ‘immutability’, but what does that actually mean in relation to us: His ever-fickle creatures? What do we think when we hear that, no matter what happens, God will not change? If God were finite and limited like us, we might be tempted to describe Him as stubborn or unfeeling. We all know people who refuse to change their mind about certain things despite being presented with all the facts necessary to prove the truth. We even have an idiom for this kind of a person, ‘It’s like talking to a wall.’  A wall doesn’t change its mind, so does that mean God is like a wall? When we pray to God is it the same as solemnly addressing our garage door? Thankfully no, for God’s unchanging nature does not mean that He is absent or cold or uncaring.  Theologian Thomas Weinandy puts it this way, ‘God is unchangeable not because he is inert or static like a rock, but for just the opposite reason. He is so dynamic, so active that no change can make him more active.  He is act pure and simple.’  God is not Santa Claus checking lists in the North Pole; God is dynamically active in the world He is saving, and no force can stand against the charging battalions of His glory.  That is good news.

Further, we must disabuse ourselves of the notion that God is just a more powerful version of ourselves—a kind of superman or idealized version of ourselves, nor is God some version of us if we really tried to be good; He is good. If we were to live a thousand years, we would definitely become wiser, maybe even more good, but God isn’t ‘becoming’ anything. He simply is. As we read in the Psalms, ‘Thou, Lord, in the beginning hast laid the foundation of the earth, and the heavens are the work of thy hands. They shall perish, but thou shalt endure: they all shall wax old as doth a garment. And as a vesture shalt thou change them…but thou art the same, and thy years shall not fail’ (Psalm 102:25-27).  Our reference point for reality, the very universe itself, is a universe of change and flux, but the God who stands behind it and acts within it is not affected by that change. Which raises the question: is that good news? In our therapeutic age, where we settle for pity and affirmation rather than salvation, does this sound like what we want in a God? It should if we are tired of hearing ‘there, there’ and long to hear ‘Behold, I make all things new.’

So, why is the changelessness of God important? The Almighty’s utter reliability is desperately important because humanity is a desperately unreliable partner in the relationship between God and Man. We probably all know, within our friends and families, the person whose job it is to calm tensions and keep everyone out of trouble. When I was in the Navy, it was too often my job to talk with disgruntled bar keeps and unhappy police officers to make sure one of my shipmates didn’t end up in a foreign jail cell. My compatriot would usually be behind me screaming about some grave injustice—as my associates held him down—while I attempted to get the authorities to accept our most sincere apologies and whatever grab bag of valuables we could scrounge up. Once, this offering even included a sailor’s wedding ring. These situations were always the fault of the hysterical idiot being held down in the back, but it was my unenviable job to calmly speak for him and save him from himself.  On a historic and cosmic level, compared to the loving God who gives everything to save us, we are all the hysterical idiot screaming in the darkness. Right before today’s reading, James paints an unflattering picture of humanity: ‘But each person is tempted when he is lured and enticed by his own desire. Then desire when it has conceived gives birth to sin, and sin when it is fully grown brings forth death’ (James 1:14-15).  His image is of an evil which lives in our hearts waiting for us to fornicate with it to give birth to the very sin which, when fully grown, seeks to murder us. Sin is compared to a son who grows up to slaughter his own father or mother.  In James’ perfect explanation of our nihilistic, suicidal age, by mating with the evil which lives within us, we express the mad desire to kill ourselves. God then is in the unenviable position of creating a lasting peace between Himself and an unstable humanity always seconds away from jumping off a bridge. James loves us, so he tells us the truth—the human condition is desperate, and we need to be saved from it; in fact, we need to be reborn.

And here is where the greatest and most perfect gift comes into the story of humanity.  That gift is the Son of God made man.  The Son who left the eternal loving embrace of the Father to be the hostage negotiator for a people with a gun to their head. Of course, humanity then turned the gun on Jesus and murdered Him for His troubles, but even in that great act of anger and sin—in which humanity murdered the very Man trying to save us—we see the importance of having a God who does not change His mind or deviate from His plan to create a perfect world. Who among us would have faulted the Father, as He saw his beloved Son die at the hands of His unhinged suicidal creatures, if He had at that moment decided to give us exactly what we were asking for—death.  Why does the God who sees us choose death over and over again by stabbing ourselves in the chest with the dagger of sin decide to inexplicably give us new life? He does so because His perfect love will not be marred by anything we do against it. That does not mean we get to tell God how or who to love or what His perfect love should look like, but it does mean that the inexhaustible love of God which defeated the death we laid on the Prince of Peace will defeat the death we see in the dark corners of our hearts.

As James puts it, ‘Of his own will begat he us with the word of truth, that we should be a kind of firstfruits of his creatures’ (James 1:18). The emphasis here is on the unchanging will of the Triune God, and thank God for that; for as we have observed in every stage of our life, in every thoughtless or malicious betrayal of our trust by another person, we cannot trust our fellow man (or ourselves for that matter), but we can take immeasurable comfort and find life-changing peace in the knowledge that all God’s people rest in the unshakeable purpose of the Trinity. So, how is that purpose fulfilled in us? Literally the text reads, ‘God gave birth to us.’  That is a startling analogy, but in it, we see the reversal of the deadly birth which comes when we mate with the evil in our hearts. Here, by the power of the Word of Truth, the true people of God are reborn or “Re-Genesised” as a harbinger of the new heaven and earth that is coming. As St. Paul puts it, ‘In [Christ] we have obtained an inheritance, having been predestined according to the purpose of him who works all things according to the counsel of his will, so that we who were the first to hope in Christ might be to the praise of his glory. In him you also, when you heard the word of truth, the gospel of your salvation, and believed in him, were sealed with the promised Holy Spirit, who is the guarantee of our inheritance until we acquire possession of it, to the praise of his glory’ (Ephesians 1:11-14).

How then should we react to this gracious eternal reality? We should be absolutely floored by the glory and honor God has bestowed upon us from the beginning of time; we should walk around the streets of our city beaming with the love and joy which can only come from knowing we are perfectly loved by the just God who has spent some of His world-saving energy on recreating our hearts and souls and minds. We should look up at the stars which the Father of lights has placed as resplendent reminders of His glory and be certain that they are ever-beckoning reminders of the unlimited new worlds which await us in a perfected tomorrow — a future in which the resurrected sons and daughters of God will rule and love and live forever.  It is that future, living and breathing in the Word of God, which St. James wants us to humbly receive and whole-heartedly embrace: a jealous embrace so firm and loving that there is no longer any room for all the wickedness of our nightmares.  The sons and daughters of God are to bury those evils, look up into the heavens, and see the first rays of light dawning on our infinite tomorrows. Let us then reflect Christ’s light in this present darkness, and let us live in the comfort and peace bestowed by the God who changes not.