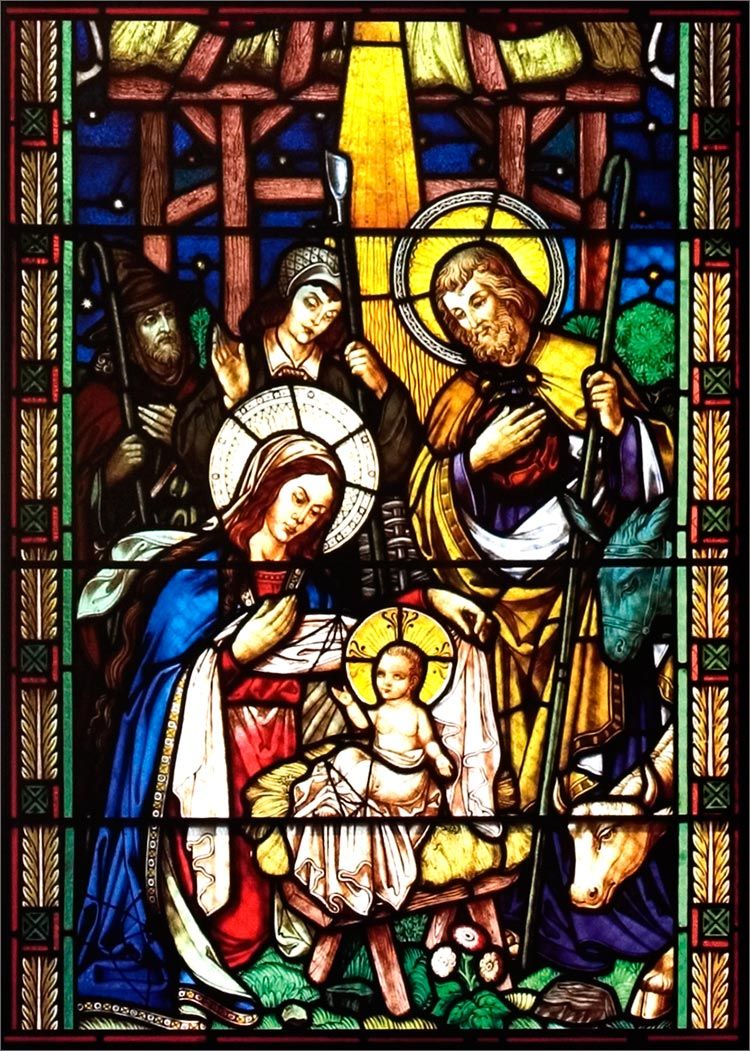 God, who at sundry times and in divers manners spake in time past unto the fathers by the prophets, Hath in these last days spoken unto us by his Son, who he hath appointed heir of all things… (Hebrews 1:1-2a).

On this Christmas Day, let us rest for just a moment in the great comfort we should derive from this one, sacred reality: we are the joyful recipients of the unique and perfect revelation of God in his Son Jesus Christ. Now undoubtedly, our hearts and minds are pulled in a hundred different directions this time of year as we ride the wave of stimuli inherited from living in a world desperately struggling to redirect this unique moment of joy into the tributaries which feed off its greatness. The struggle of living in a rebellious, darkened world is not necessarily the elevation of evil over good, but rather the confusion and sadness which inevitably comes from upending the divine order set by the Almighty God who placed the stars in the heavens, breath in our lungs, and love in our hearts. Whether it be presents or food or family or any of the other focuses of our late Decembers, we Christians can never forget that all of these aspects of the yuletide are only truly good inso far as they draw us closer to the light which destroys the darkness—the life which fills our celebrations with anticipation for a more glorious future, rather than the familiar dread which accompanies the end of all things.

St. Paul in his letter to the Hebrews drives us back again and again to that central truth with which we began: God has been perfectly revealed in Jesus Christ. John adds his voice to the chorus, writing in today’s Gospel, “And the Word was made flesh and dwelt among us.” These two passages appointed for today’s celebration of the incarnation work hand in hand to focus our attention on two aspects of God’s perfect revelation of Himself in the Son. St. John focuses on the divine Son who was in the beginning with the Father, and through whom all creation was made. John would have us bask in the radiant glory of knowing the one true, living, creator God of the Old Testament has broken through the wall of sin and death we created to be united with our humanity. St. Paul, in a complimentary way, highlights the public resurrection of Christ as the means by which the incarnation of God the Son is forever vindicated. Christ is superior to both the prophets and the angels because His resurrection from the dead reveals both the Father’s unstoppable, untamable love and the undeniable identity of the Son. He is the only begotten of the Father, the firstborn of the dead, the first fruits of the resurrection and so all other competing voices, even those sent by the Father in the earlier stages of salvation-history, are subsumed under the perfect reliability of Him who sits victorious at the right hand of the Father. This Jesus we celebrate today is the “heir of all things,” and by uniting ourselves to him through faith, we are welcomed into the family of God to be children once again—protected in the mighty arms of the Father, embraced in the brotherly love of the Son.

St. Paul is writing to Christians feeling pressured to trade this glorious new life, not for something bad in and of itself, but for something which should serve to drive us toward the very purpose of human existence. Prophets and angels are important parts of the Trinity’s gracious plan to save the world, just as the temple and sacrificial system mentioned later in the epistle, but the reason these signposts and shadows existed was to guide us home. The prophets spoke for God, but Christ is God. The angels bring the messages of God and fight in his heavenly army, but Christ made the angels and will lead the great army now assembling in heaven to “put down the mighty from their seat, and exalt the humble and meek.” The temple served as the space in which God and man could meet, but Christ is the perfect meeting place between divine and human. The sacrifice of bulls and lambs revealed the seriousness of sin, but Christ in His sacrifice of Himself ended sin and death’s reign of terror forever.  “They all shall perish, but thou remainest.” All things find their purpose in Christ: as guides to Him or distractions from Him, as reminders of His goodness and love or emblems of what He will in the fullness of time destroy.

Even with the weight of all this glory, humanity still finds a way to avert our eyes from the light, choosing instead the squalid poverty of the darkness because it is familiar and we find its comforting anonymity safer than staring into a light so pure and hot we fear it will consume us. We are right to fear the light which no darkness can overcome, but it is only this light which can heal the wounds we carry and hide even from those we love; it is only this true light which can burn away the guilt and shame and fear our world ladles onto us so we will buy what they want us to buy and be who they want us to be. I am here today with a message of liberty and hope, you are free from all of those burdens because the heir of all things has already defeated them. The poor child laid in an animal’s feeding trough we celebrate today will grow up to be beaten and betrayed, hated and murdered, but none of that, none of this world’s greatest miseries will be enough to darken the light of lights. The Father’s love will penetrate even the walls of Hell to raise the Son in the dawning new era of mankind’s destiny, and that same Son of God calls out to us even now beseeching us to lay down our burdens and weapons and excuses to follow Him home. It is there that the prophets and angels, martyrs and apostles, redeemed sinners and just barely saints celebrate without end. Let us then this Christmas Day approach the throne of God, and let us join the celebration.