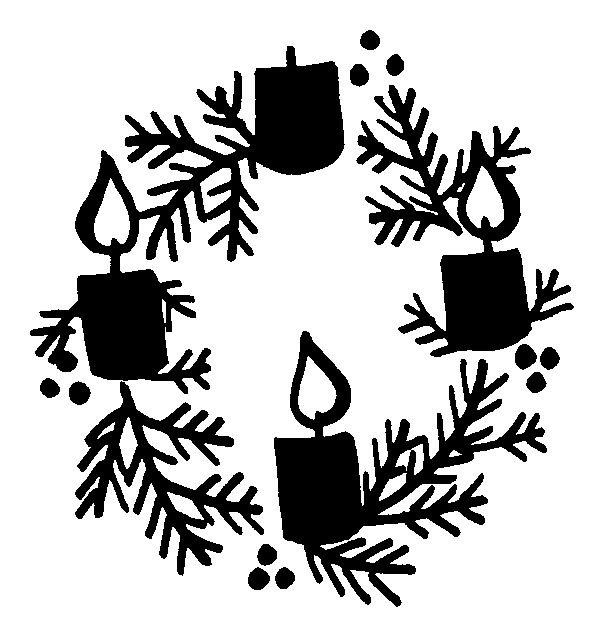 The great scandal of today’s Gospel reading must be the fear and doubt we hear on the lips of our Lord’s cousin and prophet: St. John the Baptizer.  This jailed and abused man is the same who leapt for joy in the womb of his mother Elizabeth when  the unborn Christ and His Blessed Virgin Mother came near.  This humiliated prisoner is the same man who shined as a fiery beacon of hope in the wilderness, saying to priest and king and peasant, “Repent, for the kingdom of heaven is at hand.” St. John’s whole life has been a preparation for the Messiah to come and liberate God’s chosen people from their earthly slavers, to come and tear down the compromised religious authorities who daily put their own money and privileged position over the truth that sets men free.  When those profane pastors came out to question John, he called them sons of the devil, and when King Herod—the son of the child murderer some call “the great”— when that second-class sovereign engaged in sexual deviancy, John refused to look away from the sins of his earthly ruler because he knew a greater ruler than Herod would soon be coming, and this righteous sovereign would be bringing a perfect justice no petty, sensualist tyrant could snuff out.

But, of course, there is a real price for trusting in the judgment to come rather than the vicious, imperfect judgment of the temporarily rich and powerful.  And so, John was arrested and jailed by the offended king with the blessing of the false shepherds who will always applaud the sins of their best customers.  It is hard to imagine how difficult it must have been for John to sit in prison, day after day, waiting for the fiery justice he so vividly described in his Holy Spirit inspired prophecies.  John is expecting the Messiah to appear before the nations of the world with an ax and fire; he is expecting to be avenged by the anointed one we hear prophesied in Isaiah 61, the one sent “… to bind up the brokenhearted, to proclaim liberty to the captives, and the opening of the prison to those who are bound; to proclaim the year of the Lord’s favor, and the day of vengeance of our God” (Isaiah 61:1-2).  Where is the Lord who proclaims liberty to the captives?  Where is the avenger who pries open prisons and frees His people?

These questions must have been tormenting John as he sends out his disciples to question the Messiah, who from the very beginning of His public ministry has confused the great prophet.  We may remember that John tries to prevent Jesus from being baptized, telling the Lord it was him who needed to be baptized by the promised Savior.  And now, rather than starting a campaign of vengeance and destruction, Jesus is walking about the countryside preaching to the poor and healing those unfortunate souls most afflicted by a fallen, evil world.  And so, John asks, “Are you the one who is to come, or shall we look for another?” (St. Matthew 11:3).  This question is the most important in our human existence.  It is the question which haunts all men who come into contact with the Living Word.  It is the question upon which the very fate of mankind rests. Even St. John, described by our Lord as the greatest man born of woman, needs the answer to this question, even he needs to be liberated from the crushing doubt this evil world conjures in the hearts of its prisoners.

So, what then does Jesus say, “Go and tell John what you hear and see: the blind receive their sight and the lame walk, lepers are cleansed and the deaf hear, and the dead are raised up, and the poor have good news preached to them. And blessed is the one who is not offended by me.” (St. Matthew 11:4-6).  What could this cryptic answer possibly mean?  Well, if one is either of the living prophecies of Isaiah come to life, then these words from that very same prophet mean quite an awful lot.  Remember, St. John is not just the last Old Testament prophet, but one whose coming was also predicted and celebrated in the ancient texts.  As we read earlier in Matthew, “For [John] is he who was spoken of by the prophet Isaiah when he said, ‘The voice of one crying in the wilderness, Prepare ye the way of the Lord, make his paths straight’” (St. Matthew 3:3).  And now, the One whose paths he was born to make straight is telling John that He really is the man of Isaiah 35. Jesus really is the man who will heal a broken humanity; the man who will heal an abused creation; the man who will establish “the Way of Holiness” through which the ransomed of the Lord will pass from the death of this existence into the life eternal.  And if that Savior has come, then John can rest in Isaiah’s beautiful assurance which comes directly before our Lord’s quotation, “Strengthen the weak hands, and make firm the feeble knees. Say to those who have an anxious heart,“Be strong; fear not! Behold, your God will come with vengeance, with the recompense of God. He will come and save you” (Isaiah 35:3-4).

What we should now begin to see is that the strange and unusual ministry of Christ is not accidental or hap-hazard or tentative; no, the first coming of Jesus was and is a time of blessed mercy in which the rightful, avenging wrath of God has been temporarily held back.  From the inside of his prison cell, John thinks he wants God to bring the fire and burn away the evil of this world, but what John doesn’t yet fully understand is that if that were to happen then all of creation would stand condemned before the holy and good God.  The vengeful messiah John wants would indeed swat the Herods of the world into the swirling oblivion, but He would also crush every human being who stands before God wearing the weighted down garments of sin and death dragging us deeper and deeper into the abyss—deeper and deeper into the selfishness and fear from which we can never free ourselves.  Rather than death and destruction, Jesus calls the battered and bruised people of earth to join Him in a centuries long campaign of sacrificial love and God-honoring morality fought against the forces of naked aggression and blood-soaked power which seek to turn lies into truth, death into life, and sin into virtue.  This campaign will cost Jesus his life, the life of His cousin, the lives of His 12 apostles, and the lives of all those who daily die to the world and live in supernatural, loving gratitude for the mercy God gives to our undeserving race.  This life of mercy and holiness and sacrifice is the path to which Jesus beckons us.

But the mercy does not just end there. Just as we see the prophecies regarding God’s loving mercy already begin to break into creation through the healing and mercy of God the Son, we also see the beginning of God’s judgment of sin break into creation through the death of God the Son.  It isn’t just that Jesus postpones the righteous wrath of God; no, Jesus walks in front of the punishment we all deserve and inaugurates a season of mercy through the fulfilled covenant in His blood.  Jesus takes the violent, destructive madness of a rebellious humanity and uses it to create the new life necessary to live forever in His kingdom.  This ultimate sacrifice of the Messiah is the actual liberation from sin and death St. John needs because it makes all the violence and prisons of this fallen world nothing more than temporary hardships for a people whose eternal glory can never be silenced by a gun or contained by prison walls.  Herod’s thugs will eventually behead John the Baptist, but it will be the victorious Savior who will reach down into the pit of the dead and bring him up to heaven to prepare and make ready for the coming fiery justice St. John rightly and boldly proclaimed before the powerful and rebellious sons of the devil.

None of us here are Jesus, none of us here are the Messiah, but we all can follow Him.  We all can join St. John and boldly proclaim the reality of Christ’s inbreaking kingdom; we all can find freedom from the prisons of this world by trusting in the words and actions of our great liberating King.  For, it isn’t just John or Jesus who are foretold in Isaiah; no, we too are foretold; we are the ones who will be healed when the King returns, and so we can trust in this certain future because it has already begun to happen in the historical record of Jesus’ loving and merciful journey through our dark world.  Whatever prison you may be living in; whatever sin or addiction or fear may hold you in its clutches, Christ has already broken down the gates and dynamited the foundations.  He has proven that He is the one to come, and so, we need not ever look for another.